Searches carried out across 30 locations in Mumbai and Pune, action part of investigation against now defunct production house Phantom Films 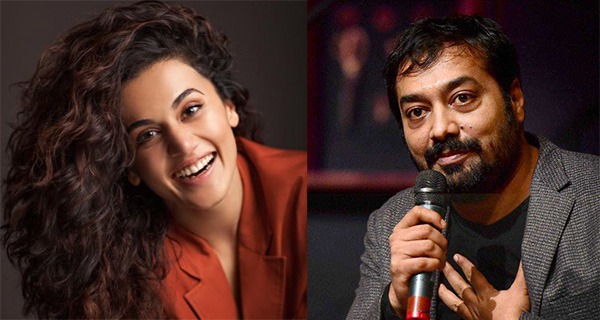 The searches, part of a tax evasion probe against Phantom Films and carried out across 30 locations in Mumbai and Pune, also covered Reliance Entertainment group CEO Shibhasish Sarkar and some executives of celebrity and talent management company KWAN, they said.

The raids began in the morning and were continuing till evening.

The action is part of an investigation against the production house, which was dissolved in 2018, and its then promoters Kashyap, director-producer Vikramaditya Motwane, producer Vikas Bahl and producer-distributor Madhu Mantena.

Tax department sources said some inter-linked transactions between the entities searched were under the scanner of the department. The raids, they added, are aimed at gathering more evidence to further probe tax evasion allegations against them.

The business transactions of films made under the banner of Phantom Films are also being probed, the sources said.

The searches against Mantena are being carried out in context of his links with KWAN, of which he is a co-promoter.

Both Kashyap and Pannu, who worked together in the 2018 film “Manmarziyaan” and are now collaborating in the upcoming film “Dobaara”, are known to be outspoken about their views on a range of issues.

Responding to a question at a press conference in Delhi, Union Minister Prakash Javadekar rejected allegations that the raids against Kashyap and Pannu were linked to their comments, which are seen at times critical of the BJP.

"This is too much," he said to the question. "Probe agencies undertake investigations based on credible information and the matter later goes to courts as well," he added.

In Maharashtra, the debate intensified with state minister and NCP leader Nawab Malik describing the searches as an attempt to suppress the voices of those who speak against the Narendra Modi-led government.

"Central agencies like ED, CBI, and Income Tax are being used to target those who take an anti-government stand and speak against the policies of the regime," the minister told reporters in Mumbai.

"The premises of Anurag Kashyap and Pannu have been raided. Both were raising their voices against the Modi government," he said.

Pannu's last tweet was on March 1, when she spoke on the Supreme Court asking a man accused of repeated rape whether he was willing to marry the woman. When the court was told he is already married, he was asked to seek regular bail from the concerned court.

The 33-year-old actor, known for her films ‘Pink’, ‘Thappad’ and ‘Badla’, put out a strong worded post on the matter.

Kashyap, who had visited JNU and Shaheen Bagh during the anti-CAA protests last year and is known to be equally outspoken on a range of issues, has been quiet on Twitter in recent times except for occasionally retweeting others.

The 48-year-old, one of the most prominent new directors in Hindi cinema, is the man behind ‘Black Friday’, ‘Dev D’ and the two-part crime saga ‘Gangs of Wasseypur’.

Founded in 2011, his production house Phantom Films  produced films such as ‘Lootera’, ‘Queen’, ‘Ugly’, ‘NH 10’, ‘Masaan’ and ‘Udta Punjab’. However, it was disbanded seven years later.

The Samyukta Kisan Morcha condemned the raids and accused the Centre of trying to “harass” supporters of the agitation against farm laws.

In a statement, the SKM acknowledged the “fearless support” by many international and national celebrities, and well-known individuals who had been lending support to the farmers’ movement against the contentious agriculture laws.

“Instead of fulfilling the farmers’ legitimate demands, the government is seeking ways to harass and attack farmers and their supporters,” the SKM, an umbrella organisation of many farmer unions, said.

The IT raids unleashed on Taapsee Pannu and others “are part of this desperate attempt by the government”, it said, condemning the searches.