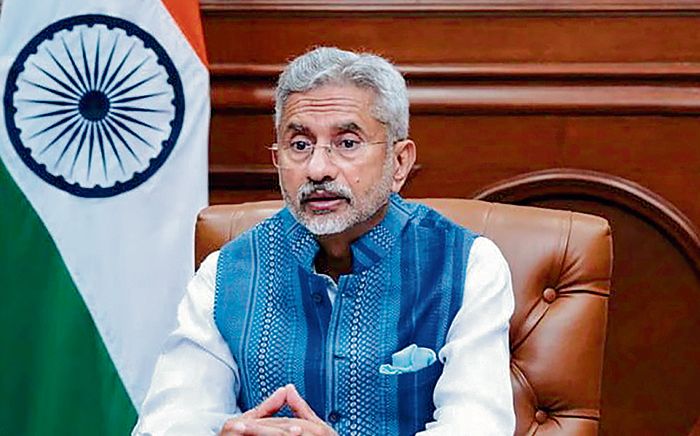 “It is called defending national interest,” tweeted Jaishankar, who said it was a reflection of confidence of the Indian Foreign Service.

“Yes, the Indian Foreign Service has changed. Yes, they follow the orders of the government. Yes, they counter the arguments of others. No, it’s not called arrogance. It is called confidence. And it is called defending national interest,” tweeted the minister.

The BJP has spread kerosene all over the country. You need one spark and we will be in big trouble. —Rahul Gandhi, congress leader

At the “Ideas for India” conference in London, Rahul Gandhi had alleged that the “deep state” in India was attacking institutions and capturing them. In the observation that was countered by Jaishankar, Rahul Gandhi had said, “I was talking to some bureaucrats from Europe and they were saying that the IFS has completely changed, they do not listen to anything. They are arrogant... There is no conversation.” The Congress leader also attacked the BJP and PM Narendra Modi on multiple fronts, including economic and foreign policies and politics. He accused the ruling party of “spreading kerosene all over the country”, alleging “systematic attack on the institutions” and “India’s voice being crushed by an ideology”.

“India is not in a good place. The BJP has spread kerosene all over the country. You need one spark and we will be in big trouble… We need to cool this temperature now, because if it doesn’t cool down, things can go wrong,” he said.

On then why the BJP was winning elections and the Congress not, he attributed it to polarisation and the media. Launching a direct attack against PM Modi, he said: “The PM must have an attitude that ‘I want to listen’. And from there everything flows down. But our PM doesn’t listen.”

The BJP accused Rahul Gandhi of harming India in his “hate” against PM Modi, alleging that his frequent critical remarks about the country from foreign soils amounted to “betraying” the country.