It's not first time JD(U) chief has ditched alliance : The Tribune India 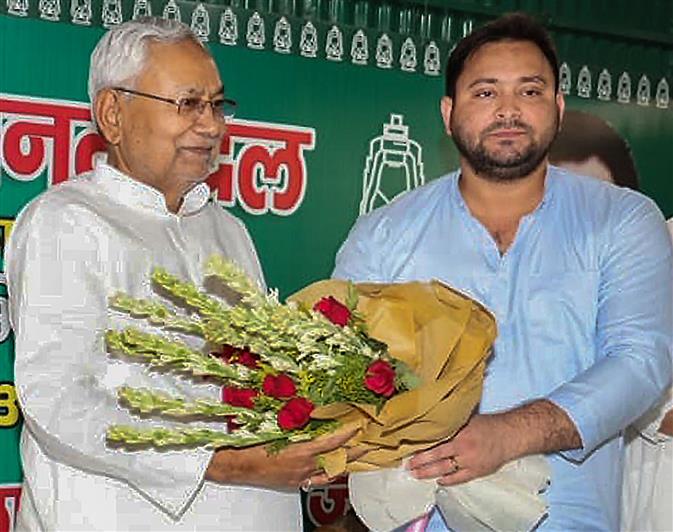 Nitish Kumar will take oath as the Chief Minister of Bihar for the eighth time in 22 years on Wednesday.

Nitish Kumar will take oath as the Chief Minister of Bihar for the eighth time in 22 years on Wednesday. It is because of his “frequent political somersaults and U-turns” that not just BJP leaders, but also some in the Opposition also view the JD(U) supremo with a certain amount of suspicion.

After he walked out of the RJD-JD(U)-Congress grand alliance in 2017, RJD leader Tejashwi Yadav ruled out any possibility of aligning with him in future.

While Nitish today refused to respond to questions about him being the PM face in the next Lok Sabha polls, he is one of the many prominent leaders harbouring prime ministerial ambitions in the country. After Nitish ditched Lalu Prasad Yadav in 1998,the JD(U)-BJP alliance was born with Atal Bihari Vajpayee as the chairman.

He became the Chief Minister in 2005 on the back of a campaign against ‘jungle raj’ of the RJD. He dumped the BJP in 2013 after Narendra Modi was projected as the PM candidate for the 2014 Lok Sabha elections. Later, he even gave a call for “Sangh-mukt Bharat”.

In 2015, Nitish Kumar formed a grand alliance with the RJD and Congress and returned as the Chief Minister.

However, he walked out of the grand alliance in 2017, accusing the RJD of corruption and choking governance.

Listening to the “call of his soul”, Nitish returned to the NDA fold yet again and was sworn in as the Chief Minister for the sixth time. After the elections in 2020, he was chosen the CM for the seventh time.