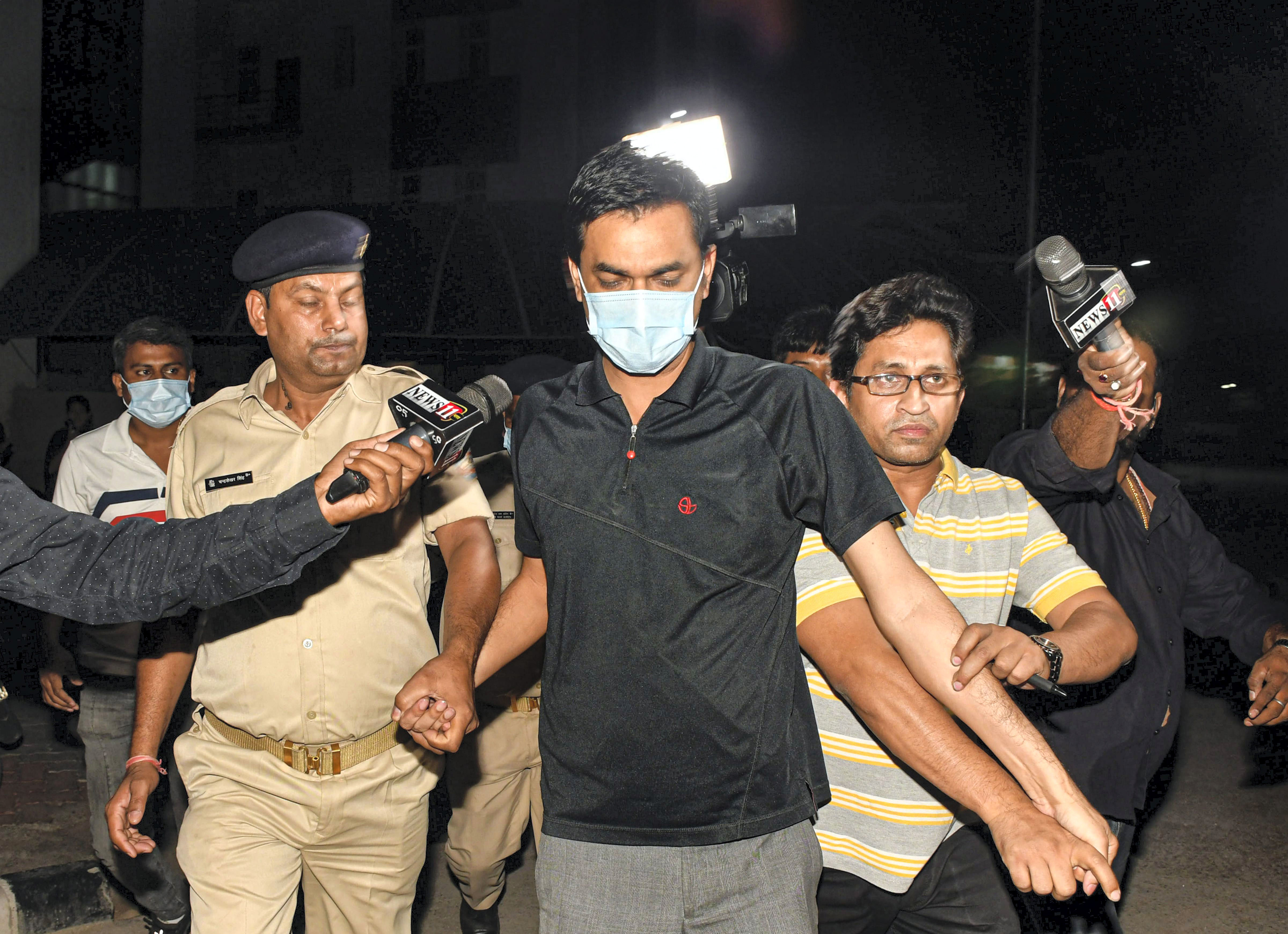 Jharkhand mining secretary Pooja Singhal on Tuesday appeared before the ED here for questioning in a money laundering case linked to alleged embezzlement of MGNREGA funds in Khunti district of the state and other charges, officials said. The federal agency is expected to record the statement of the 2000-batch Indian Administrative Service (IAS) officer under the Prevention of Money Laundering Act (PMLA).

The agency arrested chartered accountant Suman Kumar in this case on May 7 after seizing over Rs 17 crore cash from his premises. He is in ED custody till May 11. The ED is probing his alleged links with the IAS officer and her husband.

The agency had claimed, in a remand note presented to the court for Kumar, that Singhal and her husband received "huge" cash deposits -- to the tune of Rs 1.43 crore -- over and above her salary in their accounts, during the period she faced charges of irregularities while being posted as the DM of various districts in the state.

The federal agency also told a special PMLA court in Ranchi that the IAS officer allegedly transferred Rs 16.57 lakh from her "personal account" to those controlled or owned by her CA Kumar.

The agency had briefly questioned her during the raids that were conducted against her, her businessman husband Abhishek Jha and others on May 6 in Jharkhand and few other locations. Her husband had been questioned by the agency and his statement was recorded.

The Enforcement Directorate investigation pertains to a money laundering case in which former junior engineer in the Jharkhand government, Ram Binod Prasad Sinha, was arrested by the agency on June 17, 2020 from West Bengal after he was booked by the agency under the PMLA in 2012 after studying the FIRs of the state vigilance bureau against him.

Sinha was booked by the vigilance bureau under criminal sections of the Indian Penal Code (IPC) pertaining to cheating and corruption for allegedly defrauding public money and investing it in his own name as well as in the name of his family members while working as junior engineer from April 1, 2008 to March 21, 2011.

The said money was earmarked for the execution of government projects under MNREGA (Mahatma Gandhi National Rural Employment Guarantee Act) in Khunti district, the agency had earlier said.

Sinha told the ED that "he paid five per cent commission (out of the defrauded funds) to the district administration." During the period, the ED had alleged, charges of "irregularities" were made against Singhal while she served as the deputy commissioner/district magistrate of Chatra, Khunti and Palamu districts between 2007 and 2013.