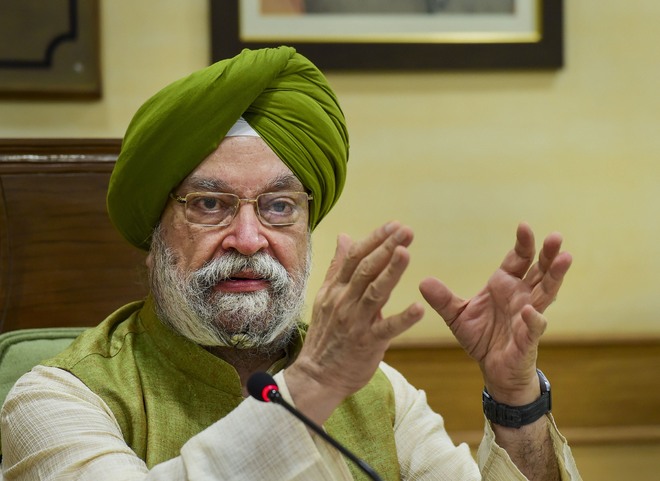 The Arvind Kejriwal government in Delhi has established a “standard of corruption” which is higher in “leaps and bounds” than that during the earlier Congress regime, and it is thriving on politics of “chaos and freebies”, Union minister Hardeep Singh Puri alleged on Friday.

The Union housing and urban development minister claimed that the AAP will lose the December 4 MCD polls because it has failed to meet housing needs of slum dwellers and also the aspirations of the middle class.

Asserting that the BJP has a “decisive edge” in the Municipal Corporation of Delhi (MCD) polls, Puri also said that nearly 1.35 lakh people in Delhi, including those from slums and middle class, will benefit from various initiatives of the Centre in coming times.

“People vote as per what they see around their surroundings. I campaigned in two wards in Mundka today where both the councilors and MLA belonged to the AAP. The locals said that the last time any development work took place in the area was when Sahib Singh Verma was chief minister in Delhi way back in the 1990s.” Delhiites are becoming impatient because of the lack of development under the Kejriwal government, he said.