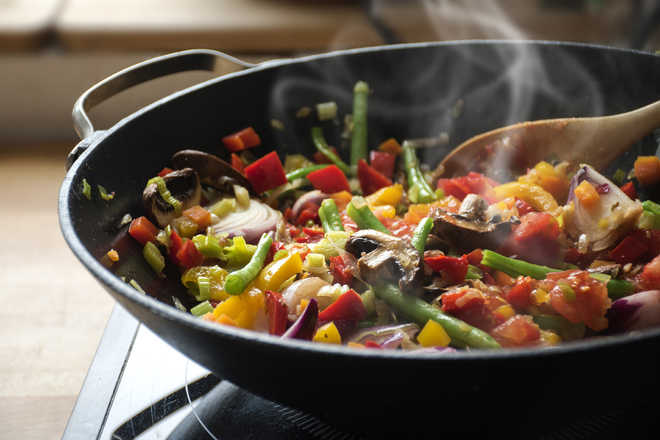 A 10-year-old girl dished out 30 plus scrumptious food items, including corn fritters, ‘uttapam,’ fried rice and chicken roast, in less than one hour, earning her a place in record books.

The amazing feat by Saanvi M Prajit, daughter of Wing Commander of Indian Air Force Prajit Babu and Manjma hailing from Ernakulam, has been recognised by the Asia Book of Records and the India Book of Records, her family said here.

Her records have been established for the maximum number of dishes prepared by a child, they said.

“The Asia Book of Records authorities watched online the cookery event organised at her Visakhapatnam residence.

Besides, two gazetted officers were witness to the cooking of 33 items in an hour by Saanvi,” her mother Manjima told PTI.

Saanvi said she was able to achieve the feat with the support of her family, friends and well-wishers.

The girl said she was inspired by her mother, a star chef and a Reality cookery show finalist.

Manjima said as a child, Saanvi has always been fascinated by the kitchen and took to cooking at a very early age alongside her mother and grandparents.

Saanvi also has participated in Children’s Cookery shows and has won recognition for her effort in the culinary field.

She also has a YouTube channel showcasing her attempts in cooking simple and tasty dishes. —  PTI