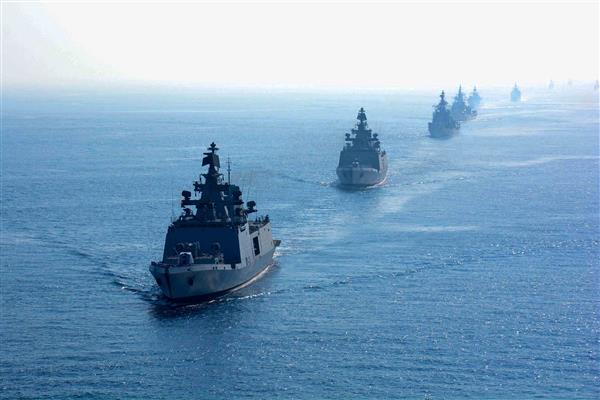 Warships of the Navy in action during TROPEX. file

The Navy’s major maritime exercise ‘TROPEX-23’ started today in the Indian Ocean Region. The operational-level drill is conducted biennially and witnesses the participation of not only all Navy units, but also of Army, IAF and Coast Guard assets.

As part of the exercise, all warships of the Navy, including destroyers, frigates, corvettes as well as submarines and aircraft are put through complex maritime operational deployments to validate and refine Navy’s concept of operations, including operational logistics and interoperability with other services.

The exercise is being conducted in different phases, both in harbour and at sea, encompassing various facets of combat operations, including live weapon firings.

Having grown in scope and complexity over the years, the exercise provides an opportunity to test the combat readiness of the combined fleets of the Navy to operate in a multi-threat environment, the Navy said.