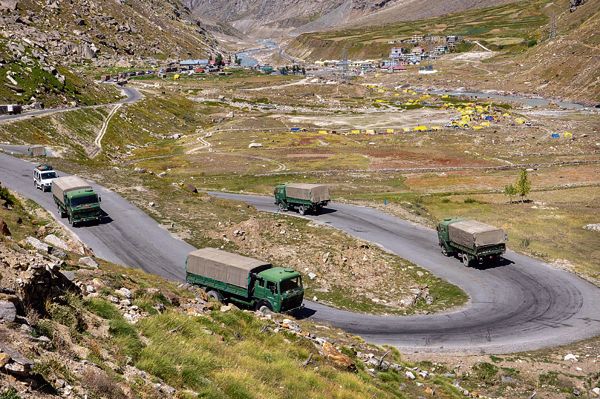 Almost 11 months into the ongoing tension in eastern Ladakh along the Line of Actual Control (LAC), military commanders of India and China are again set for a meeting, which could very well set the tone for the upcoming summer.

Almost 11 months into the ongoing tension in eastern Ladakh along the Line of Actual Control (LAC), military commanders of India and China are again set for a meeting, which could very well set the tone for the upcoming summer.

The commanders are slated to meet on April 9 and a continuation of the ongoing deadlock could raise tensions during summer. The talks will be held at the designated meeting point along the LAC in eastern Ladakh. Sources said there could be a “positive outcome”, but also warned against any estimation of a quick-fix solution.

Starting February 10, troops of either side had pulled back from along the banks of Pangong Tso, a 135-km glacial lake. The present position of troops is not face-to-face, but they are within the striking range from where rapid redeployment is possible. After the disengagement, the process stalled.

The next two steps — de-escalation and de-induction, which means pulling back troops and war equipment to the pre-April 2020 home bases — have not yet begun. These two steps will be expectedly discussed at the meeting. Also, matters of disengagement at Depsang, Gogra or Hot Springs are slated to come up in the upcoming talks, which will be the 11th round of military commander-level talks since June 2020.

The commanders of the two sides had last met on February 20 after completing the first phase of the pullback from the LAC. Snowmelt has commenced in eastern Ladakh and within the next three-four weeks, the frozen rivers will spring to life. All gaps in the mountains will be accessible to tanks, artillery and rocket carrying vehicles.

The Working Mechanism for Consultation and Coordination (WMCC) on India-China border affairs which met on March 12 decided to conduct the next round of military commander talks. The WMCC decided to reach a mutually acceptable solution. The need to go to the WMCC arose as the military commanders could not arrive at a timeline of the phased de-escalation and de-induction.