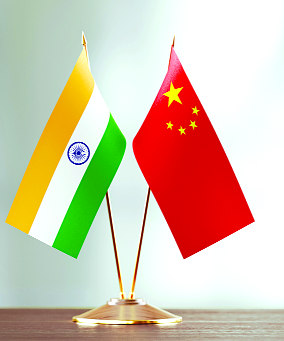 The military stalemate on the Line of Actual Control (LAC) continued even as the US backed India and the Chinese Foreign Office reiterated that the situation in the border areas was “stable and under control.”

Sources said the military-level talks at the two designated points in eastern Ladakh had not yielded results and postures had hardened with troops mandated to hold ground.

Both sides kept under wraps diplomatic negotiations to resolve the standoff that emerged after Chinese troops reacted to efforts to modernise military infrastructure on the Indian side of the LAC.

In Beijing, the Chinese Foreign Office said the two countries were capable of resolving border issues through dialogue and negotiations at the military and diplomatic levels. Both India and China have said they are committed to safeguarding national security along the LAC.

Sources said the Indian troops had been forward-deployed with food and sleeping bags to hold ground in the Galwan valley and the north of Pangong Tso. The Chinese have stopped the Indian troops 5 km short of the earlier accepted patrol point in the valley. At Pangong Tso, China is trying to push Indian troops back to ‘Finger 2’ from ‘Finger 4’, a distance of over 10 km.

Meanwhile, US Secretary of State Mike Pompeo cited the Sino-India border standoff to assert the Chinese military advances were for real. The US could be good partners with India, Australia, South Korea, Japan, Brazil and Europe, he said.