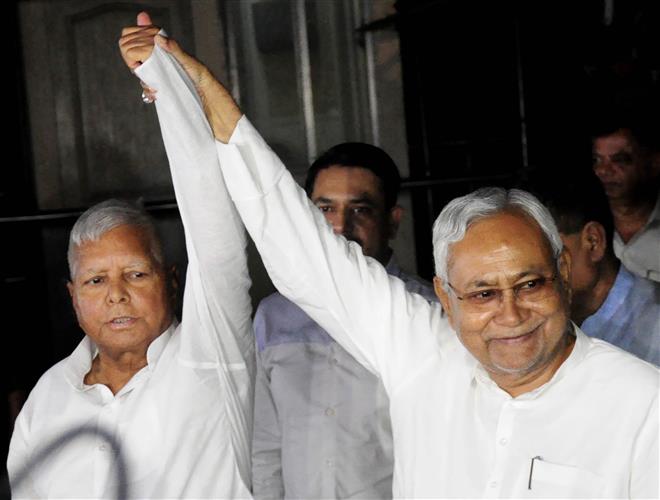 Bihar CM Nitish Kumar and RJD supremo Lalu Prasad Yadav today met Congress interim president Sonia Gandhi here and urged her to take the lead in bringing all Opposition parties together to defeat the BJP in 2024.The meeting is significant as efforts are afoot to reconcile differences between the Congress and some regional parties.

This was Nitish Kumar’s first meeting with Gandhi since he severed ties with the BJP and joined hands with the RJD and the Congress to form a government in Bihar. Also, this was Lalu’s first political engagement since his illness.

After the meeting, Lalu told the media: “We have to bring all Opposition parties together to defeat the BJP. The Congress is in the process of electing a new president. Sonia Gandhi told us we will meet again after the election.”

Describing the situation in the country as “quite alarming,” he alleged the Centre had been trying to “intimidate” Opposition leaders. “We came together in Bihar and ousted the BJP from power. All of us will come together and oust the BJP in India,” he said.

Nitish said a plan of action would be rolled out after the Congress elected its new president.