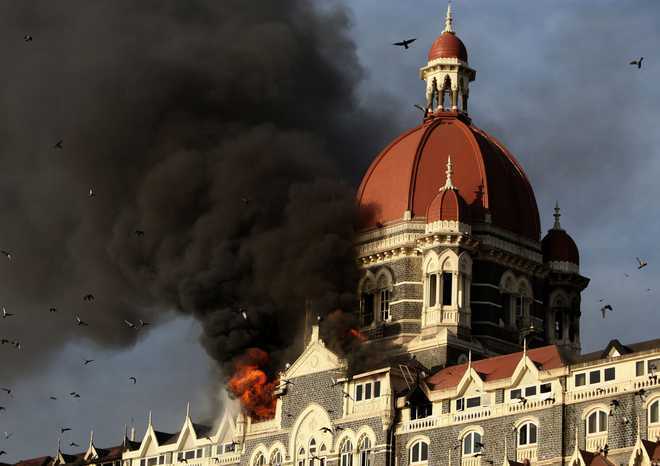 In this photograph taken on November 27, 2008, flames and smoke gush out of The Taj Mahal Hotel, one of the sites of attacks by alleged militant gunmen. AFP

Security was beefed up at the Taj group of hotels' properties in Mumbai after a caller threatened to carry out terror attacks at the Taj Hotel near the Gateway of India, police said.

According to the police, the phone call from Pakistan was received shortly after midnight.

The caller, who called up the board of the Taj Hotel, said that the "Lashkar-e-Toiba would carry out a terror attack at the Taj hotel".

Police revealed that nothing suspicious has been found at the hotel and security has been tightened.

Apart from the Taj Mahal Palace and Hotel at the Gateway, Taj Land's End in suburban Bandra is seeing enhanced security measures.

The hotel located near the Gateway of India was targetted by terrorists in 2008.