Let farm laws be implemented for a year; if not found good, will amend them: Rajnath

He says all problems can be resolved through dialogue; PM wants talks with farmers to continue 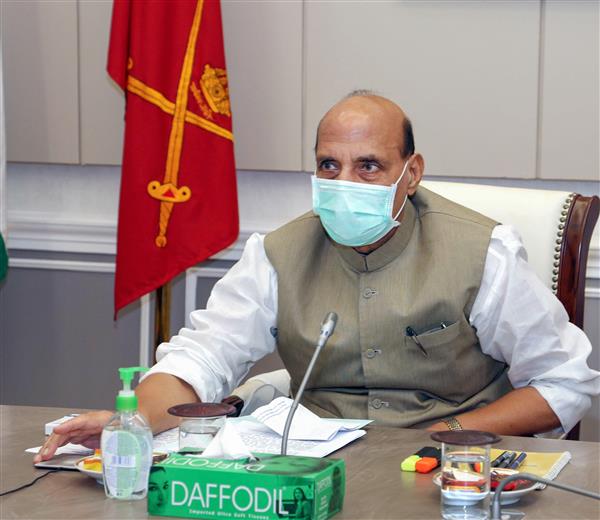 Appealing to protesting farmers to come forward for discussions on farm laws, senior BJP leader and Union Minister Rajnath Singh on Friday said the government would amend the legislations if they were not found beneficial.

Describing the protesting farmers as his own people, Singh said, "Those who are sitting on dharna are farmers and are born to farmers' families. We have a lot of respect for them."

Addressing a rally at Dwarka in the national capital, Singh said he himself is a farmer's son and assured that the Modi government "will never do anything which is not in the interest of the farmers".

Requesting the farmers to try the new agri laws as an experiment, the former BJP president said if these are not found beneficial, the government would bring all necessary amendments.

"Let farm laws be implemented for a year or two. Let's try this as an experiment, and if not found beneficial for farmers, the government will be ready for all possible amendments," Singh said.

Also read: 7 US lawmakers write to Pompeo on farmers’ protest in India

Underlining that all problems can be resolved through dialogue, Singh said Prime Minister Narendra Modi wanted talks with farmers to continue, and therefore, the government had extended an invitation to them.

Singh appealed to all protesting farmers to come forward for discussions on the farm laws. PTI