LCH is a potent weapon platform because of its state-of-the-art systems, says HAL 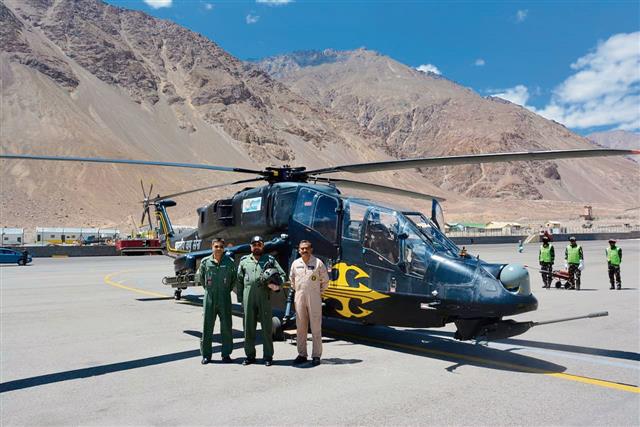 Exactly 100 days after troops of India and China were first involved in a physical clash on the north bank of Pangong Tso, little has changed along the Line of Actual Control (LAC) in Ladakh.

In fact, troop levels have increased since the first clash. Both sides have added numbers to their war-waging equipment, including artillery guns, tanks, rocket launchers, missiles, fighter jets and drones.

After the May 5-6 clash, there was another physical clash at the north bank of Pangong Tso in mid-May. The third clash was at Galwan on June 15 when Indian Army lost 20 soldiers, while the People's Liberation Army (PLA) lost an unspecified number of its men.

Five meetings at the Lt General-level were conducted between June 6 and August 2. It was decided to go ahead with de-escalation. China, however, backed out of the agreement.

Barring success in creating a 3-km buffer zone at Patrolling point 14 (Galwan) and PP 15 (Hot Springs), there has been no breakthrough. China is adamant on not moving further away from the LAC from its position at Finger-4.

The PLA has a similar stance as regards PP 17 and PP 17-A, near Gogra. At 900 sq km Depsang plains, talks have been unsuccessful.

The restoration of status quo ante (as on April 2020) seems a distant goal as Ladakh gets ready for a long winter that will see below freezing night temperature by the end of this month.

Two Light Combat Helicopters developed by Hindustan Aeronautics Limited have been deployed for operations at high altitude in Leh. It is a potent weapon platform because of its state-of-the-art systems and highly accurate weapons that are capable of hitting any type of target during day or night.