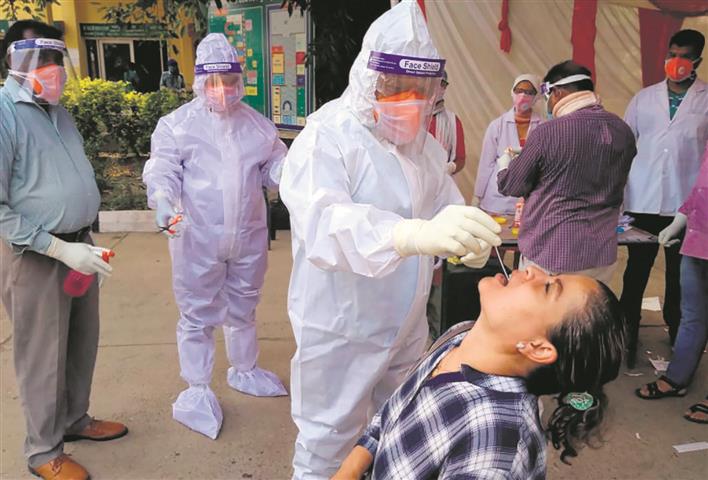 Several lives could have been saved during the second wave of the Covid pandemic had containment strategies been implemented on time, a parliamentary panel has said, while pulling up the government for not being able to anticipate the gravity of the situation.

Gravity of situation not assessed

Govt raised celebratory flag too early. It failed to use slowing of infections after first wave to prepare for the next wave. Parl panel on health

The Parliamentary Standing Committee on Health, in its 137th report presented to the Rajya Sabha, said the second wave was undoubtedly marred by high cases, increased deaths, shortage of oxygen and beds in hospitals, reduced supplies of medicines and other important drugs, disruption of essential healthcare services, hoarding and black marketing of oxygen cylinders and medicines etc. It said the committee was also of the view had the government been successful in timely identification of virulent strains of SARS-CoV-2 virus, the repercussions would have been less grave. But the government could not predict the resurgence of the infection after the first wave receded and raised the celebratory flag too early, it said.

Calling for an audit of oxygen-related deaths during the second wave, the committee red-flagged severe shortfalls in the ability of country’s genome surveillance network to predict the spread of Delta variant that powered the second wave, which caused 4.28 lakh deaths of the total registered 5,21,358 Covid deaths as on April 4, 2022.

“With Covid fatigue hitting citizens, the government raised a celebratory flag and presumed that the situation was under control. However, a devastating second wave exposed the false claims,” the panel noted.

It flagged Kumbh Mela and West Bengal poll campaign as reasons that fuelled the second wave. It said the genome sequencing of positive Covid cases was too low to track the rising cases.

“The second wave unmasked gaps in the government’s health policy. Throughout the period, lack of communication was evident among health agencies,” the panel said, rapping the government for its failure to admit oxygen-related deaths.

Citing how 20 states told the Centre they had no oxygen-related death, the panel said, “We are disturbed at the unfortunate denial.” It said there were no definite guidelines for identifying deaths due to inadequate supply of oxygen.