On November 26, 2008, a group of 10 LeT terrorists from Pakistan went on a rampage, carrying out coordinated attacks on a railway station, two luxury hotels and a Jewish centre in Mumbai 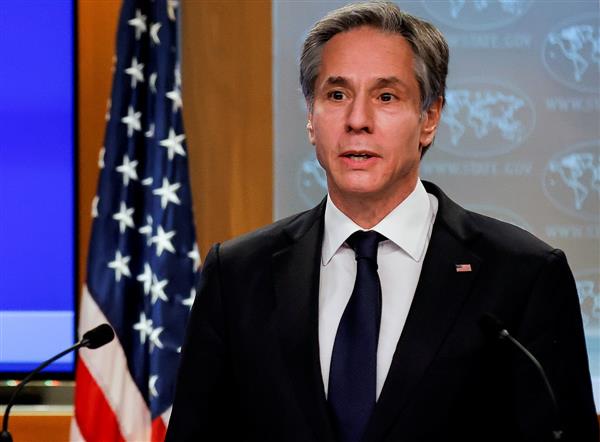 While praising the resilience of Mumbaikars on the 13th anniversary of the 26/11 terror attacks, US Secretary of State Antony Blinken has emphasised the need for a speedy trial of the perpetrators of the carnage carried out by Pakistan-based LeT terrorists in 2008.

On November 26, 2008, a group of 10 Lashkar-e-Taiba (LeT) terrorists from Pakistan went on a rampage, carrying out coordinated attacks on a railway station, two luxury hotels and a Jewish centre in Mumbai, after they sneaked into India's financial capital using the sea route in the Arabian Sea.

As many as 166 people, including six Americans, were killed in the nearly 60-hour assault that sent shockwaves across the country and even brought India and Pakistan to the brink of war.

“Thirteen years have passed since the 26/11 terrorist attack in Mumbai. On today's anniversary, we remember the victims, including six Americans, and the resiliency of Mumbaikars. It is long overdue for the perpetrators to face justice,” Blinken said in a tweet on Friday.

The United States and India remain united in the fight against terrorism, said Deputy Secretary of State Wendy Sherman.

“On my recent trip to Mumbai, I visited the 26/11 Memorial at the Taj Mahal Palace Hotel to honour the memory of those who lost their lives in the horrific Mumbai terror attack,” she said.

“Today on the 13th anniversary of the terrorist attacks in Mumbai, we remember the lives tragically lost. This injustice cannot be forgotten,” tweeted Congressman Elise Stefanik.

Separately, the Indian embassy here organised a solemn event within its premises to mark the 13th anniversary of the 26/11 Mumbai attacks. PTI