Lots at stake for Nadda, Nitish as Bihar poll kicks off on Wednesday 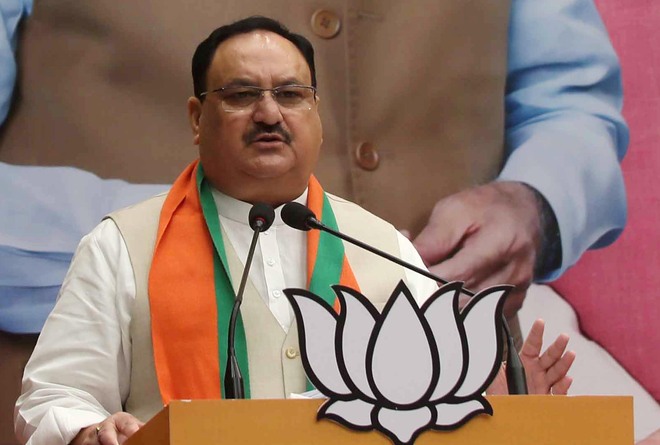 On Wednesday when Bihar begins the process to elect the new government, it will also test the political acumen of both BJP president JP Nadda and Chief Minister Nitish Kumar. While Nadda is yet to deliver a poll victory after taking charge as the party chief, Nitish has been battling 15 years of anti-incumbency.

Seventy-one Assembly constituencies across 16 districts will go to the polls in the first phase on October 28.

While the elections are a testing time for all stakeholders, observers say young players like RJD's Tejashwi Yadav and LJP's Chirag Paswan, with years by their side, would probably have less to lose and more to gain.

For Nadda, who was born in Bihar, these elections are a matter of prestige. Just like Nitish, who many believe could be playing his last innings in the state politics.

Bihar also happens to be Nadda’s ‘karmbhoomi’, the place where he honed his politics as a student leader before stepping into active politics. While as the party president he has been involved in all decisions from seat distribution to strategising, sources say he is burning the midnight oil trying to micro-manage other issues too.

Nadda is confident that the NDA will form the next government, but Bihar is a test that he must pass. He is yet to deliver a win to his party since stepping into the top seat in January 2020. These are Nadda's second elections, the first bring in Delhi where the BJP suffered a humiliating defeat at the hands of the Aam Aadmi Party. Nadda must win the Bihar poll to redeem himself after the Delhi loss, say observers.

Incidentally, the BJP also lost Bihar and Delhi in 2015 when Amit Shah was the president despite a landslide in the 2014 Lok Sabha elections.

As far as Nitish Kumar is concerned, the fatigue in him and against him is all too obvious. Sources say the BJP-JD(U)-HAM(S)-VIP alliance is counting heavily on Prime Minister Narendra Modi to pull off Bihar.

In order to divert attention from the 15-year incumbency being faced by Nitish Kumar, the BJP is trying to convert the elections into Modi versus the rest with a heavy dose of BJP-style "nationalism" and other staple seasoning like "development and double engine growth in NDA" and "anti-national stance of others".