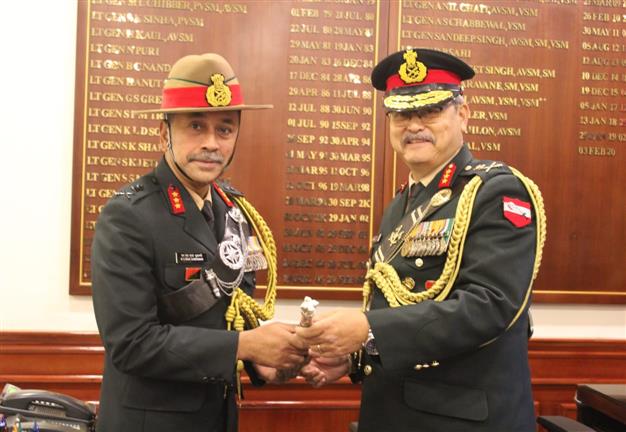 Lieutenant General NS Raja Subramani has been appointed as the General Officer Commanding (GOC) of the Ambala-based Kharga Corps, one of the Army’s three-strike formations.

He takes over from Lt Gen SS Mahal. On change of guard today, both the commanders paid tributes to martyrs at the Vijay Samark War memorial in Ambala Cantonment.

Commissioned into the Gharwal Rifles, Lt Gen Subramani has vast operational experience and has held important command and staff appointments in peace, field' and active counter-insurgency environment and possesses. This includes GOC of the Black Cat Division in the north-east and GOC Uttar Bharat Area.

Meanwhile, Lt Gen PS Minhas took over as the GOC of Konark Corps headquartered at Jodhpur, from Lt General Anil Puri. Prior to this, Lt Gen Mihnas, an Armoured Corps officer, was the GOC, Madhya Bharat Area, and had earlier commanded the White Tiger Division.