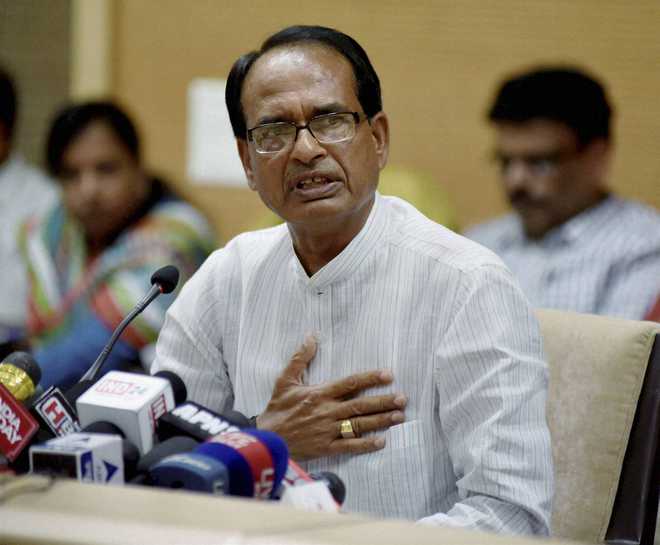 Eleven days after expansion of the Madhya Pradesh cabinet, Chief Minister Shivraj Singh Chouhan on Monday allocated portfolios to the new ministers, with BJP MP Jyotiraditya Scindia's supporters getting some of the key departments.

The 28 new ministers who joined the Chouhan cabinet on July 2 include 20 of cabinet rank and eight ministers of state. The Chouhan ministry strength is now 34, including four women ministers.

Silawat and Rajput were inducted into the cabinet in the first 'mini expansion' of the Chouhan ministry.

Chouhan has kept the general administration, public relations, Narmada valley development, aviation and some other departments with him.

Senior BJP leader Narottam Mishra retained the Home department, but had to give up health to Scindia supporter Prabhuram Choudhary.

Mishra also got charge of the parliamentary affairs and law departments on Monday.

Yadav, Dandotia, Dhakad and Bhadoria have been inducted as ministers of state (MoS).

Meena Singh Mandve, who was inducted during the mini expansion, retained the SC/ST welfare department.

Chouhan took oath as chief minister for a record fourth term on March 23, after Kamal Nath resigned from the post following rebellion by 22 MLAs of the Congress.

Out of the 22 MLAs who walked away with Scindia, 14 were inducted into the cabinet.

All of them are not legislators at present and will have to contest bypolls.

In the 230-member state Assembly, 25 seats are currently lying vacant.

Bypolls to these seats were necessitated due to the resignation of 23 leaders from their Assembly membership and death of two sitting legislators. PTI