Private players can lease and run these trains, described as the third segment in services offered by the national transporter after the freight and passenger segments 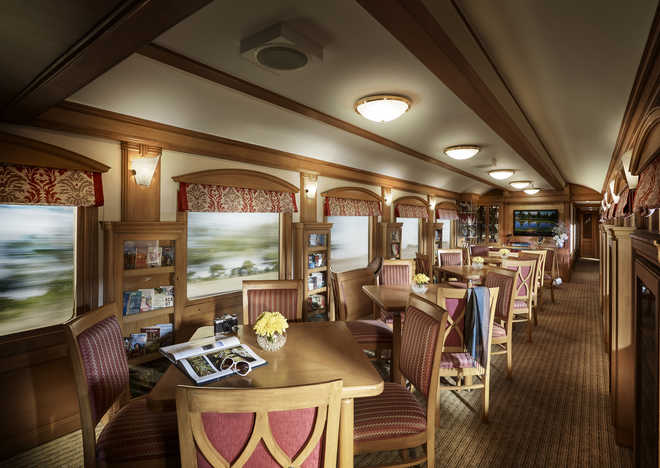 Private players can now run theme-based tourist circuit trains by leasing them from the railways with the freedom to fix fares and amenities under a new service, Bharat Gaurav, which was launched by Railway Minister Ashwini Vaishnaw on Tuesday.

The railways has allocated around 190 trains for these theme-based circuits, described as the third segment in services offered by the national transporter after the freight and passenger segments.

“These are not regular trains that will be run on timetables. We have identified 3,033 coaches or 190 trains for these theme-based trains. After passenger and goods segments, we will start the tourism segment to run Bharat Gaurav trains. These trains will showcase India’s culture and heritage. We have invited applications for them from today.

“As of now, ICF coaches have been earmarked for the Bharat Gaurav scheme. But in the future even Vande Bharat, Vista Dome and LHB coaches can be included based on demand,” he said.

He said that anyone, from individuals to societies, trusts, consortia, tour operators and even state governments can apply to take these trains and run them on special tourism circuits based on a theme.

The minister said that state governments like Odisha, Rajasthan, Karnataka, and Tamil Nadu have shown interest in these trains.

He further added that the core strength of the professionals of tourism sector would be leveraged to develop and identify tourist circuits and run theme-based trains to tap the vast tourism potential of India.

The idea, the minister said, originated from Prime Minister Narendra Modi who suggested theme-based trains so that people in the country can understand, appreciate and take forward India’s heritage.

The highlight of these trains will be that the service provider will offer all-inclusive package to tourists, including rail travel, hotel accommodation, sightseeing arrangement, visiting historical or heritage sites, tour guides, the railways said, adding that they will also have full flexibility to decide package cost based on the level of services being offered.

However, the minister stated that the railways will ensure that there is no abnormality in the prices.

“Stakeholders will modify and run the train and the railways will help in maintenance, parking, and other facilities,” the minister said.

He said that the service provider will also have a choice of coaches suiting the clientele, and different segments like luxury and budget can be availed, officials said. They are also free to design and furnish the interiors of the coaches based on their theme.

Branding and advertisement are permitted both inside and outside of the trains, and the train composition will be of 14 to 20 coaches, including guard vans.

According to a press statement issued by the national transporter, the process of applying for these trains will be through a one-step transparent online registration process with a fee of Rs 1 lakh.

The allotment of coaches to all eligible applicants will be subject to availability and priority will be based on the rake security deposit time and date.

The security deposit will be Rs 1 crore per rake and the right to use would be between 2 and 10 years.

Customer support units will be made functional in the field for hand-holding the service provider and for smooth implementation of this scheme. — PTI