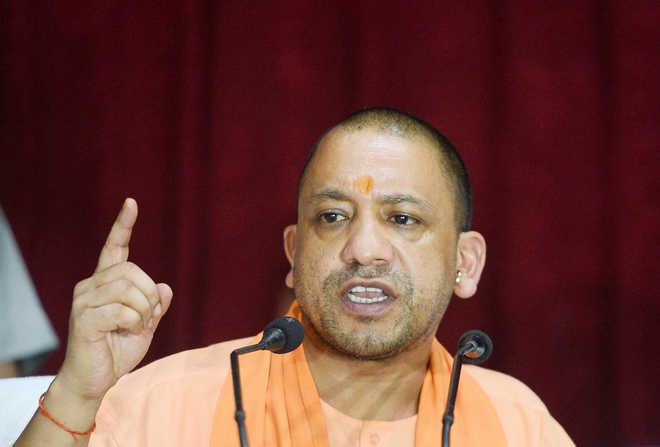 Uttar Pradesh Chief Minister Yogi Adityanath on Saturday hit out at the Punjab Government for declaring Muslim-majority Malerkotla as a separate district of the state. - File photo

Uttar Pradesh Chief Minister Yogi Adityanath on Saturday hit out at the Punjab Government for declaring Muslim-majority Malerkotla as a separate district of the state.

“Any kind of discrimination based on ideology and religion is against the fundamental spirit of the Constitution,” tweeted Yogi. Lambasting the ruling Congress in Punjab, he said the creation of Malerkotla as a district at this juncture was “testimony to Congress’ policy of divisive politics”.

What does he (Yogi) understand of the Indian Constitution, which is being brazenly trampled upon every day by his own government in UP?

Punjab CM Capt Amarinder Singh slammed his UP counterpart over his “inflammatory” tweet on the declaration of Malerkotla as the 23rd district of the state, terming it an attempt to incite communal hatred in the peaceful state as part of the BJP’s divisive agenda in the run-up to the Assembly elections.

The Assembly elections in Punjab and UP along with Uttarakhand, Manipur and Goa are simultaneously due in February-March next year.

Contrasting the communal harmony in Punjab with the alleged divisiveness being promoted by the Yogi Adiyanath regime in Uttar Pradesh, Capt Amarinder said the state of affairs in Punjab were in much better shape than those in UP.

“What does he (Yogi) know of Punjab’s ethos or the history of Malerkotla, whose relationship with Sikhism and its Gurus is known to every Punjabi? And what does he understand of the Indian Constitution, which is being brazenly trampled every day by his own government in UP?” asked the Chief Minister, in a strong reaction to his UP counterpart’s tweet.

The creation of Malerkotla was an electoral promise of the Congress, made during the last Assembly elections in Punjab.