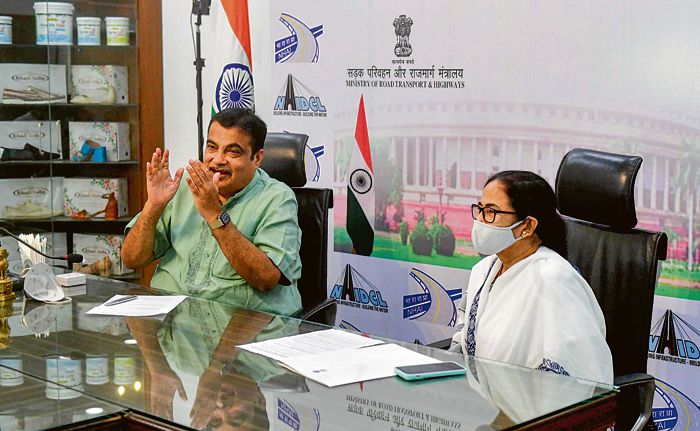 Later talking to mediapersons, Banerjee said she urged the minister to help in improving infrastructure in Gangasagar where millions of devotees assemble every year to take a holy dip on the occasion of Makar Sankranti. She also urged the minister to set up a manufacturing unit for electric vehicles in West Bengal.

She also met Kanimozhi, DMK Lok Sabha member and half-sister of Tamil Nadu CM MK Stalin. Asked if she and Banerjee discussed joining hands for the 2024 elections, Kanimozhi said, “I came to compliment her for the victory in the Assembly elections.” She also met actor-lyricist couple Shabana Azmi and Javed Akhtar. — TNS