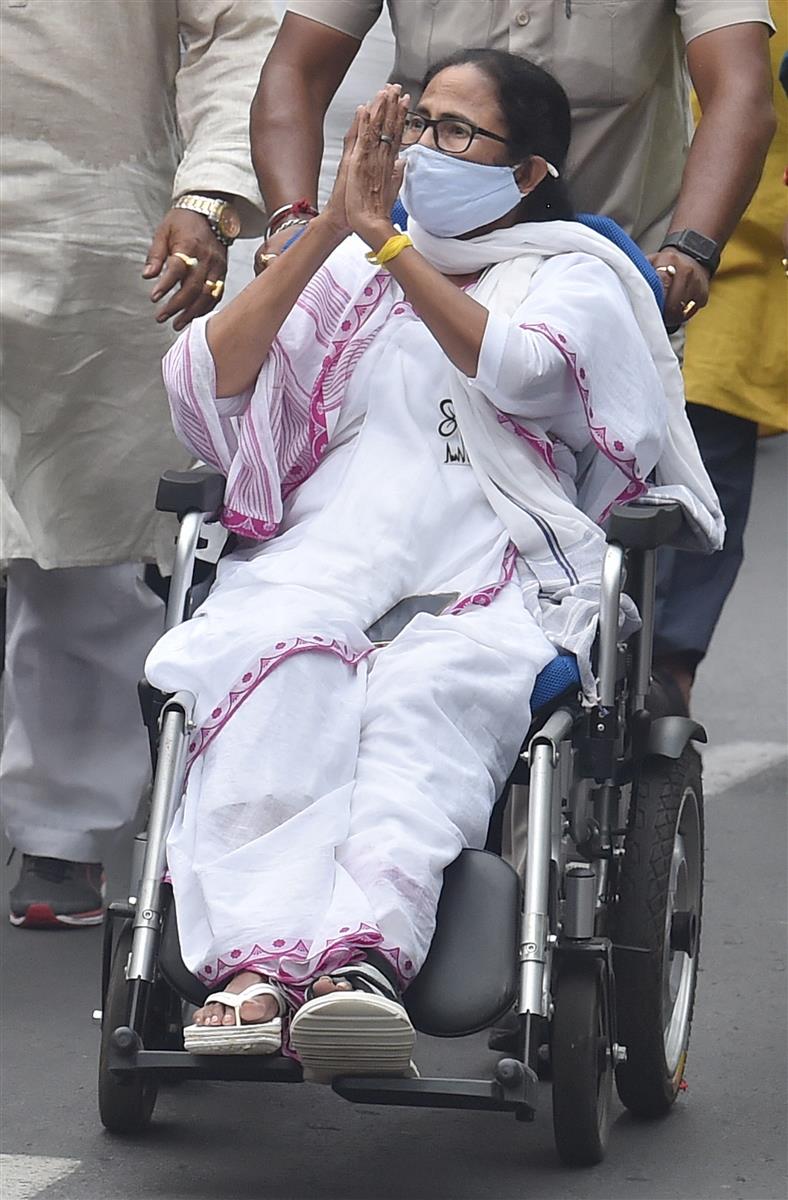 West Bengal Chief Minister Mamata Banerjee on Monday urged the Election Commission to re-consider its decision to stick to the original poll schedule, as she stressed that wrapping up the last three phases of polls on a single day or at the most in two days would check the spread of COVID-19 to some extent.

Indicating that the EC may have decided against clubbing the remaining phases at the behest of the BJP, Banerjee, while addressing her rally here in Uttar Dinajpur, requested the poll panel to prioritise public health.

“With folded hands, I request the EC to hold the next three phases on a single day. If not one day, conduct it in two days and save one day.

“Please don’t take your decision based on what the BJP says... Please ensure that you protect public health by curtailing the poll schedule, even if it is by one day,” the TMC supremo said.

The CM further said that she and other leaders of her party would not hold any rally in congested areas.

She lambasted the Narendra Modi government for “not taking adequate measures in the past six months to avert vaccine crisis”.

Calling the BJP a party of “rioters and war mongers”, she told people gathered at the rally, “Don’t allow them (saffron party leaders) to turn Bengal into Gujarat.”

Referring to the incident of firing in Cooch Behar, Banerjee said, “They conspire to kill people by opening fire on voters. Your vote will be the reply to their bullet.”

Four persons died on April 10 in Sitalkuchi area of Cooch Behar when central forces opened fire in “self defence” allegedly after coming under attack from locals.

The TMC supremo has, on several occasions in the past, claimed that central forces were working on the instructions of “home ministry run by Amit Shah”.

She had also said that the CAPF personnel were “assaulting voters” in some places, asking them to vote for the BJP. PTI