'Mandal' ally gone, BJP back to drawing board in Bihar : The Tribune India

'Mandal' ally gone, BJP back to drawing board in Bihar 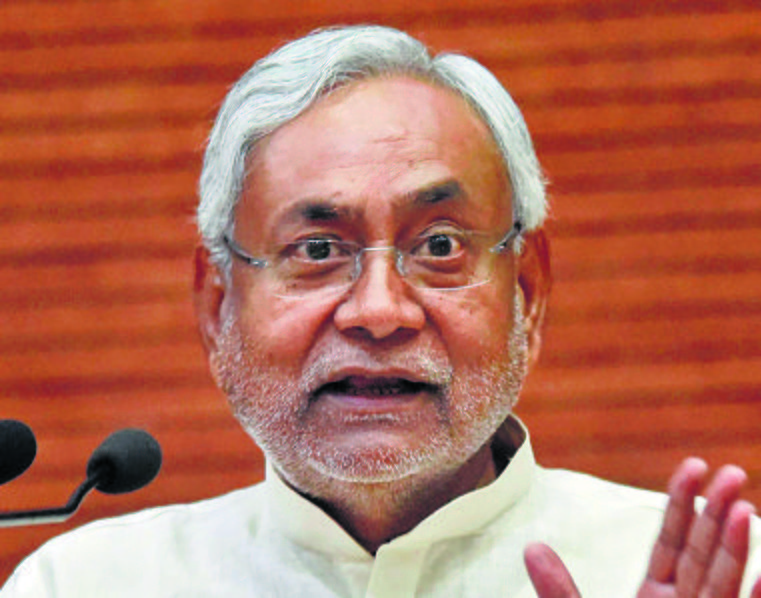 For almost two decades, BJP’s Bihar politics revolved around one man — Nitish Kumar. Now preparing for a life without him, memories of the 2015 Assembly elections still remain fresh in BJP’s mind when minus JD(U), the BJP was reduced to 53 seats. As part of the “grand alliance’ then, the RJD had won 80 and the JD(U) 71 seats in the 243-seat Assembly.

Taking a shot at the BJP yesterday, Nitish had observed: “How many seats did we (JD-U) win in 2015? Look what we have been reduced to (in 2020).” BJP leaders deny they had tried to damage the JD(U) in 2020 or that the party’s “second-rung” leaders had tried to split the JD(U) by offering allurements, or that someone in the party had “called up” RJD leader Tejashwi Yadav, asking him not to align himself with Nitish. “The BJP does not need the JD(U). We are now free to contest all 243 seats along with the Lok Janshakti Party and other caste-based parties to build another ‘mandal-kamandal’ alliance.

Observers say that Bihar politics could now turn bipolar, which may help the BJP. At the same time, they maintain: “With JD(U) out of the picture, the BJP is almost the only party occupying Opposition’s space. Since the 1990s the saffron party has relied on ‘mandal’ allies like the JD-U and Ram Vilas Paswan’s LJP. It still needs help.”

Branded as an “upper caste, forward party”, in 2015 the BJP left 86 seats for the LJP and smaller parties against the “grand alliance” of the JD(U), RJD and Congress. Though much has changed since then, the party requires a strong district and block-level cadre to woo OBCs, Dalits and EBCs and a strong leadership at the top, say observers.

Wary of his “closeness” with Nitish, the BJP in 2020 sent Deputy CM Sushil Modi to Delhi and appointed Renu Devi and Tarakishore Prasad, both EBCs, as Deputy CMs. The sudden turn of events has forced the central leadership to depend on Sushil Modi and another sidelined leader, former Union Minister Ravi Shankar Prasad, to counter Nitish. What the BJP also has to be careful about is the caste census on which JD(U) and the RJD are on the same page.