According to petition, the mosque is built on land that belongs to temple 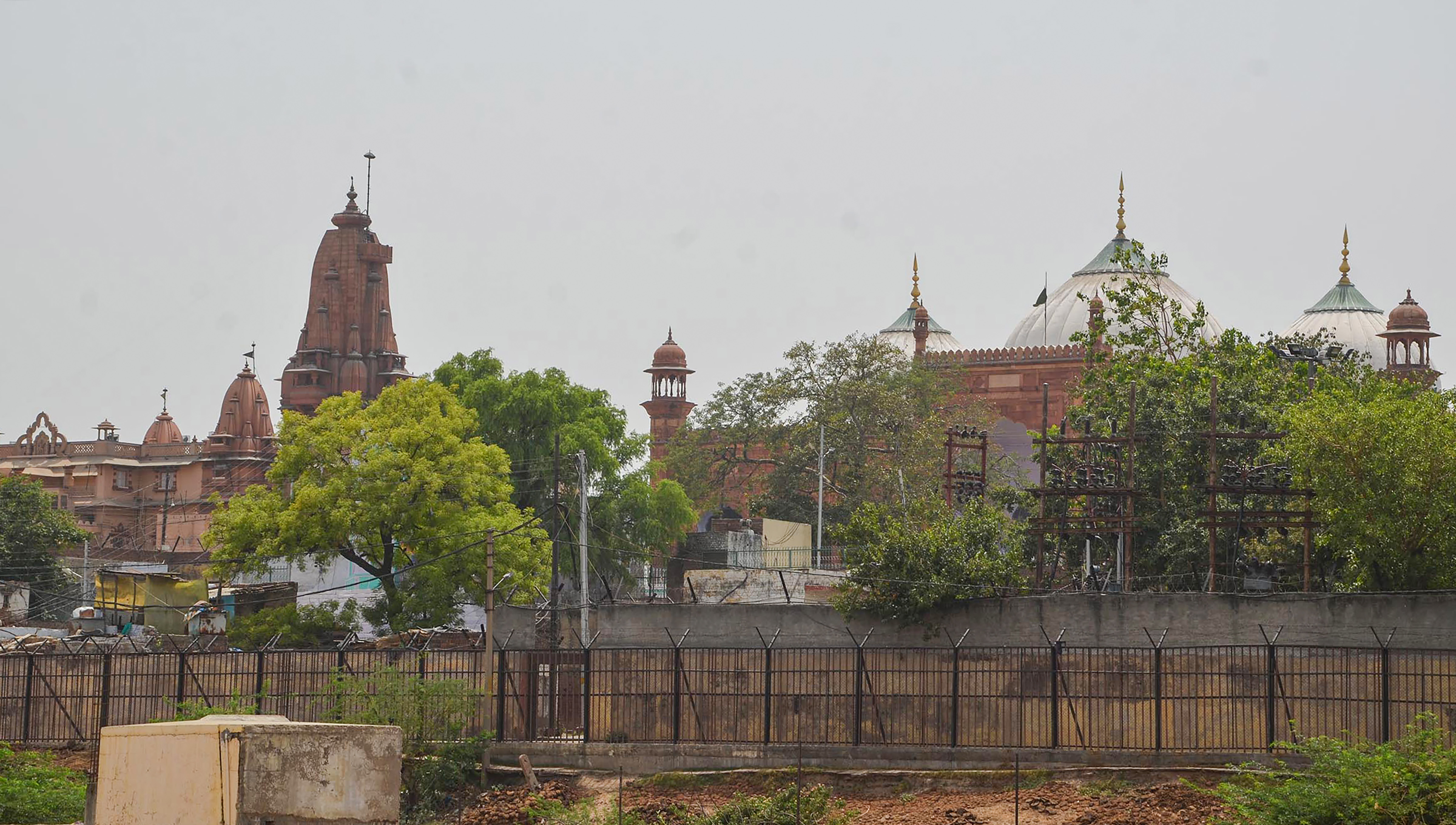 A view of the Shri Krishna Janmasthan Temple and the Shahi Idgah Mosque, in Mathura. PTI

A court here on Thursday allowed a petition seeking to remove the Shahi Idgah mosque that it claims is built on the land belonging to the Keshav Dev temple, the birthplace of Lord Krishna, a lawyer for the Hindu side said.

Hari Shankar Jain said the court has accepted one of the multiple pleas on the matter.

According to the petition, the mosque is built on the land that belongs to the temple.