Made fresh plea to farmers to not destroy their crops 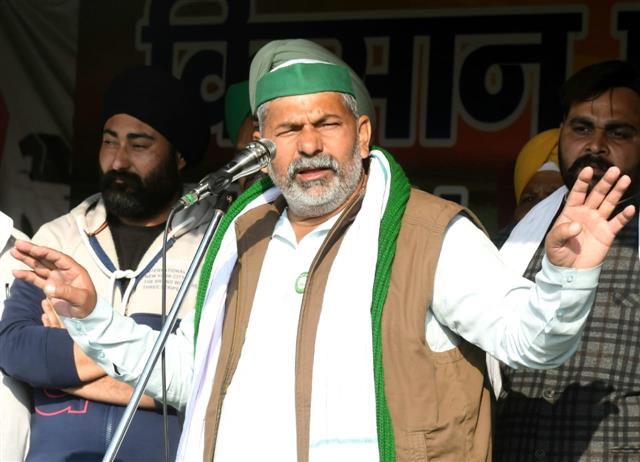 National spokesperson of the Bhartiya Kisan Union (BKU) Rakesh Tikait has raised the spectre of "kisan hartal" in the coming days. - File photo

National spokesperson of the Bhartiya Kisan Union (BKU) Rakesh Tikait has raised the spectre of "kisan hartal" in the coming days.

Tikait, who returned to the Ghazipur protest site after attending a panchayat in Baghpat, said the farmers might take the extreme step if their demands were not met.

"Farmers can decide to sow less in their fields, if the situation regarding prices stays the same. Suppose if someone owns 12 bighas, he will only sow on 10 or less," he said.

Tikait also made a fresh plea to farmers to not destroy their crops. "Please don't destroy your crops. That will not help," he said.