After chopping his girlfriend, Shraddha Walker, into pieces, accused Aftab bought a brand new refrigerator with large storage capacity the next day and stored the body pieces in it 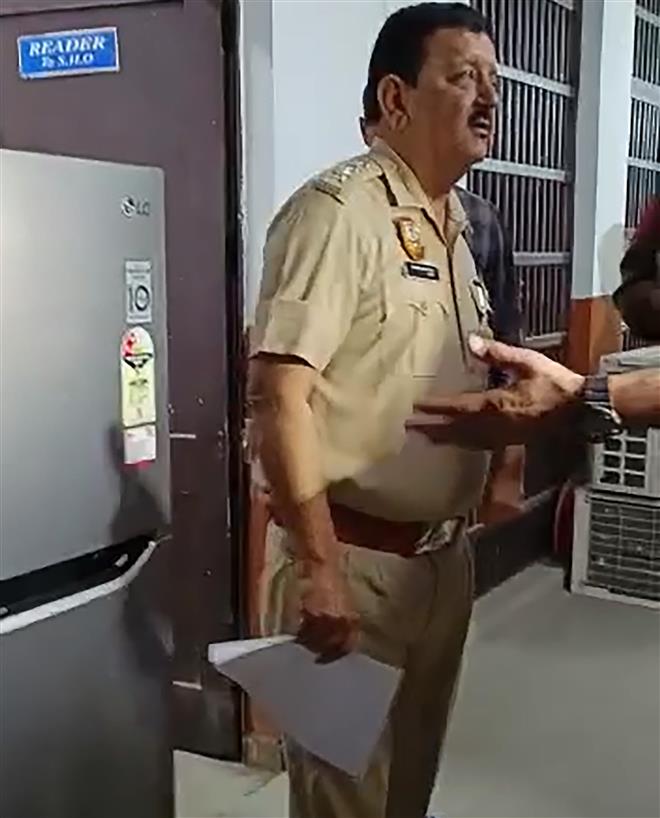 A policeman near the 300-litre fridge, which was allegedly used to keep Shraddha Walkar's severed body parts after she was murdered by her live-in partner. PTI

Aftab Ameen Poonawalla, who murdered his live-in partner in the Mehrauli area of the national capital and chopped the body into 35 pieces before dumping them at various locations, was reportedly inspired by the American crime show ‘Dexter’.

The crime thriller tells the story of a man with homicidal tendencies who lives a double life.

Being a trained chef, Aftab was adept at using the knife, sources said. However, the knife used in the crime is yet to be recovered.

The police said that after chopping his 26-year-old girlfriend, Shraddha Walker, into pieces on May 18, the accused, Aftab bought a brand new refrigerator with large storage capacity the next day and stored the body pieces in it. To counter the stench, he lit incense sricks sticks at his home.

Aftab was taken to the Mehrauli forest area by the police on Monday to collect the body parts which he had disposed of there.

He had thrown the body pieces at various locations over a period of 18 days. To avoid suspicion, he used to leave his house with a body part in a polybag at around 2 am.

The matter came to light on November 8 when Shraddha’s father along with a police team from Palghar, Maharashtra, came to the Mehrauli police station regarding a missing complaint.

“One missing complaint was also filed at the Mehrauli police station and during inquiry, the family members of the missing girl were contacted and details were sought,” said Ankit Chauhan, the additional Deputy Commissioner of Police (South).

Shraddha’s father told the police that on October 14, he was informed by his daughter’s friend that there was no contact with her for the past two-and-a-half months and her mobile phone was also switched off.

“Keeping in view the sensitivity of the case, a police team was formed and a manhunt was initiated to nab Aftab,” said the officer.

The police team mounted technical surveillance and CCTV footages from the nearby and adjoining areas were scanned, which led to Aftab, and subsequently he was detained.

“On interrogation, Aftab disclosed that he and Shraddha were in a live-in relationship since 2019 in Mumbai. They had met each other through some dating app,” Chauhan said.

Shradha worked with a call centre of a multinational company in Mumbai when she met Aftab. However, her family did not approve of their relationship following which the couple eloped and came to Delhi.

Though the couple had been together since 2019, they had fights frequently.

“In mid-May, after an argument over getting married, Aftab strangled Shraddha to death. Then he cut the body into 35 pieces and disposed them of over period of 18 days,” Chauhan said.

“Further efforts are on to recover the remaining body parts,” the officer added.

The victim’s father had told the police that the deceased and her parents were not in touch with each other for a long time due to disagreements over her live-in relationship. IANS