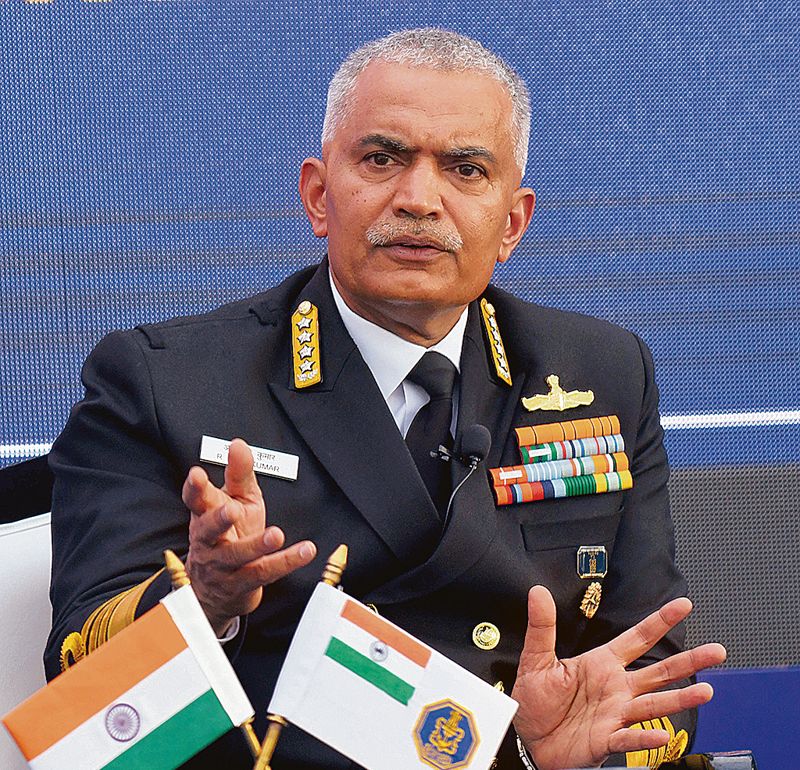 The Indian Navy is adding next generation fighter jets and looking to procure another aircraft carrier, long-range drones and more submarines, Chief of Naval Staff Admiral R Hari Kumar said here today. The growing Chinese presence in the Indian Ocean, he said, was being continuously monitored.

Addressing the media on the eve of the Navy Day, Admiral Kumar said, “We will passionately pursue and adopt niche and disruptive technologies…. We have a target to be self-reliant by 2047.”

Will passionately pursue and adopt niche & disruptive technologies. We have a target to be self-reliant by 2047. —Admiral R Hari Kumar

On the technological front, the Navy Chief said 30 long-distance armed Predator drones were to be procured. “The project is at a stage where we are only discussing whether the numbers should be rationalised or kept at 30,” he said. The Navy has leased two such drones and found these of “great value in terms of wider reach of surveillance” in the Indian Ocean Region. There is also a plan to procure unmanned vessels. “The rapid pace of advancements in technology—spanning a wide array of sectors—impose the inescapable need for us to not only catch up with the developments, but also to go beyond them,” he said.

About the next aircraft carrier, he said, “Its size and requirements are still being worked out…. We are also examining whether we should repeat the order for aircraft carrier INS Vikrant.”

Admiral Kumar said the trials for fighter jets like Rafale-M and F-18 Boeing had been conducted. “The results are being analysed,” he said.

About Chinese ships operating in the Indian Ocean, the Navy Chief said at least 60 odd extra-regional ships were present. “As a resident power, we track all of these to ensure none undertakes any inimical activity,” he said.