Monsoon likely to be normal in second half of rainfall season: IMD 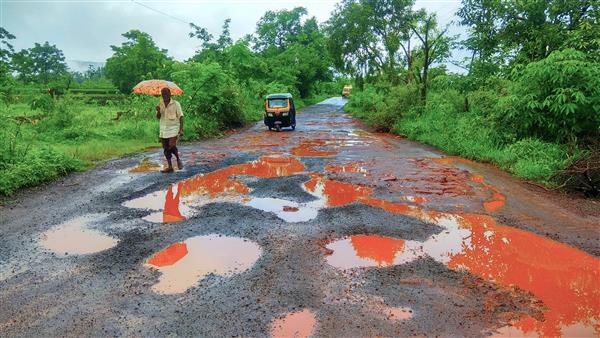 A man walks along a potholed road from Mangaon to Shriwardhan during rain in Raigad, Maharashtra, on Friday. PTI photo

The Indian Medical Department said on Friday quantitatively the rainfall over the country as a whole during the second half is likely to be 104 per cent of LPA with a model error of ±8 per cent.

Latest forecasts indicate that SSTs over the region are likely to cool further. However, ENSO neutral conditions are likely to continue during the remaining part of the monsoon season

In addition to ENSO conditions over Pacific, other factors such as the Indian Ocean Sea Surface Temperatures (SSTs) also have some influence on Indian monsoon.

Currently, neutral IOD conditions are prevailing over equatorial Indian Ocean, which are likely to turn to negative IOD conditions during the coming months.

The rainfall over the country as a whole during August is likely to be 97± 9 per cent of the LPA.