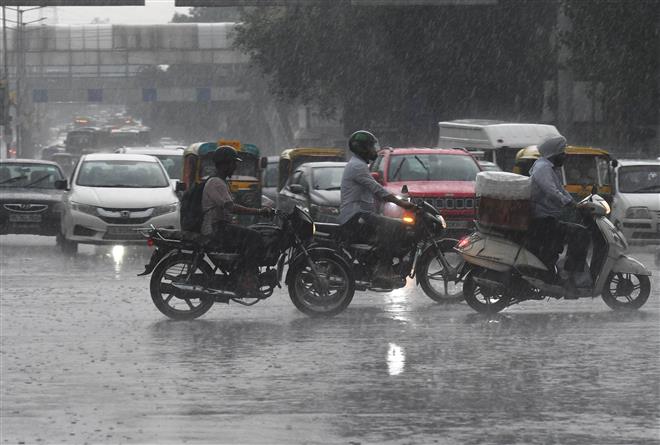 The south-west monsoon has started withdrawing from the region. The seasonal rains began their withdrawal process from southwest Rajasthan and adjoining Kutch today, four days after its normal date of withdrawal, according to the IMD.

However, several parts, largely in North and North-East, continue to face deep deficits. Notably, the retreat is declared after certain meteorological conditions are met over the region like no rainfall during the past five days, formation of an anti-cyclonic circulation, and dry weather conditions as observed on the water vapour map imagery.

The line of withdrawal is currently passing through Khajuwala, Bikaner, Jodhpur and Naliya.

West UP is facing the highest deficiency of 41 per cent even though all-India seasonal cumulative rainfall departure this June to September season (from June 1 till date) is seven per cent in excess.

The season saw key rice-producing states facing staggering rain-deficit right from the beginning. This may affect the overall output of the kharif season, especially paddy. Though Jharkhand also witnessed extreme rainfall, also leading to floods, the state still has a deficiency of 20 per cent. Of the total 36 sub-divisions, around 13 sub-divisions, including Southern Peninsula, witnessed a bountiful season.