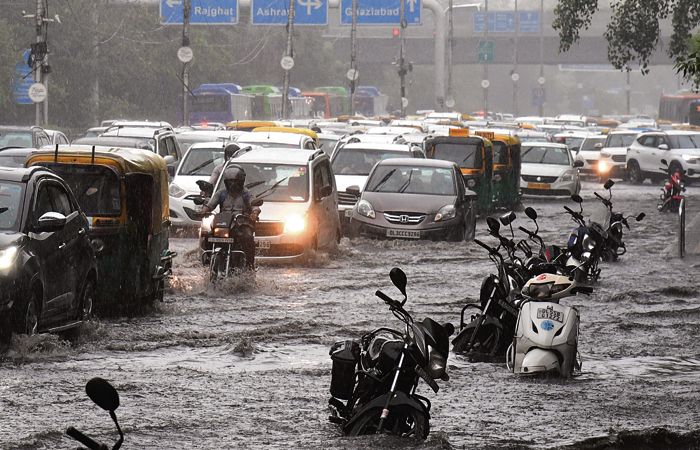 The monsoon is likely to cover entire country by July 6, said the IMD.

It said the seasonal rains advanced into entire Uttar Pradesh, Himachal Pradesh and Jammu and Kashmir, some parts of Rajasthan, entire Delhi, some parts of Punjab and Haryana, and Chandigarh. The Northern Limit of Monsoon now passes through Deesa, Ratlam, Jaipur, Rohtak, Pathankot and Jammu. Many places in Haryana, including Panchkula, Kaithal, Mahendragarh, Rewari, Sonepat and Yamunanagar also witnessed heavy downpour, the Meteorological Department said. Meanwhile, conditions are favorable for further advance of monsoon into some more parts of Rajasthan, entire Punjab and Haryana in the next 24 hours.