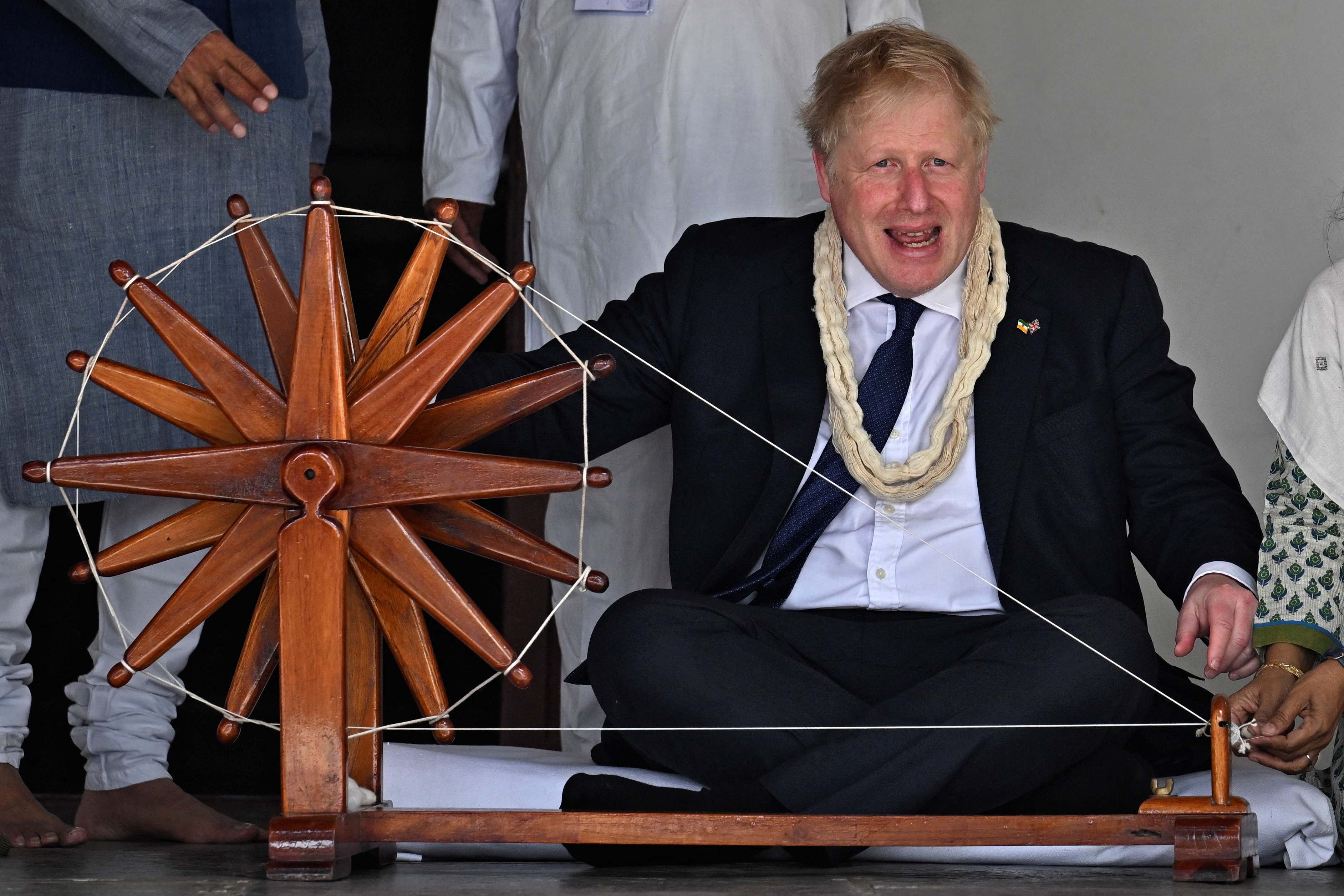 British Prime Minister Boris Johnson arrived in Ahmedabad on Thursday morning to a grand welcome by troupes performing traditional Gujarati dances and music along a 4-km route from the airport to a city hotel.

“I am looking forward to our conversation. We will talk about trade, security and about issues of importance,’’ said Johnson, on a two-day visit to India, about the agenda of his meeting with Prime Minister Narendra Modi in Delhi on Friday.

The two sides will be looking at implementation of a 10-year roadmap adopted at the summit last year to expand ties in key areas of trade and economy, defence and security, climate change and people-to-people connections, among others.

Separately, the UK High Commission said there would be a raft of agreements and UK and Indian businesses would confirm more than £1 billion in new investments and export deals in areas from software engineering to health, creating almost 11,000 jobs across the UK.

As part of the bid to enter the Indian defence sector, Johnson met industrialist Gautam Adani for the second time in six months to discuss aerospace and defence collaboration, besides other sectors. The UK wants to capitalise India’s plans to invest $300 billion by 2030 to modernise its armed forces largely through made-in-India products with foreign collaboration.

Johnson said the UK has already raised the Ukraine war issue with PM Modi and added that everybody understood that India and Russia shared very different relationships historically. “We have to reflect that reality while talking about it (Ukraine) to Narendra Modi,” he told the media at Halol in Panchmahals district of Gujarat, where he opened a new JCB factory as part of his two-day visit to India. The JCB is a British construction equipment firm and while opening the new facility, he even climbed on a bulldozer.

On his way to India, Johnson indicated he was ready to offer more visas to India in exchange for a free-trade deal. India wants relaxing rules for its citizens to live and work in Britain as well as lower fees for Indian students and professionals going to the country.