Built in 1895, the dam on Periyar river in Idukki district of Kerala is operated by the Tamil Nadu government for its irrigation and power generation needs 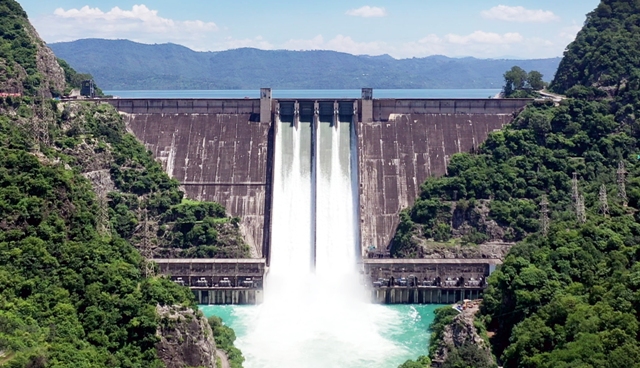 The Kerala government on Tuesday asked the neighbouring state of Tamil Nadu to maintain the water level in the Mullaperiyar dam at the 137 feet level.

Kerala made the demand as the water level in the over-a-century-old dam reached 137.60 feet.

Tamil Nadu, on the other hand, was of the view that water should be retained in the dam till the 142 feet level.

This discussion of the high level committee meeting held on Tuesday in view of the rising water levels of the dam, was made public by Kerala Water Resources Minister Roshy Augustine in his Facebook post.

In his post, the minister said that in 2018 the Supreme Court had directed that the water level in the dam be maintained at 139.99 feet.

However, since the situation is worse now due to the ongoing rainy season, if water is drained from Mullaperiyar, it would flow into Idukki dam where in the present situation huge quantities of water cannot be stored, he said.

The minister said that Kerala also asked the Tamil Nadu representative to store water from the Mullaperiyar in Vaigai and Madurai.

Meanwhile, Leader of Opposition in the Kerala Assembly, VD Satheesan, wrote to Tamil Nadu Chief Minister MK Stalin stating that both states need to jointly find a permanent and scientific solution to the problem.

He said that due to the ongoing rains, dams here were filled to the brim and requested the Tamil Nadu government to help Kerala build a safe and strong new reservoir at Mullaperiyar as safety of and future of millions of people was at stake.

Kerala has been insisting on building a new dam citing safety concerns, but Tamil Nadu is against it, saying the present structure was strong.

In the morning, Kerala Governor Arif Mohammed Khan had said “something new needs to be done” in Mullaperiyar as the existing dam there is very old and people are working to reach an amicable settlement on the matter.

“I think already everybody knows that the dam is very old. So something new needs to be done. But how to reach an amicable settlement, that is something on which people are working on the matter. Whenever there is any water dispute, then the judiciary is also involved”, the Governor told reporters here.

The Governor’s statement came a day after the Supreme Court directed the supervisory committee to take a “firm decision” on the maximum water level to be maintained in Mullaperiyar dam.

The apex court has directed all the authorities concerned to interact immediately on an urgent basis on the issue saying it has something to do with lives.

The top court had told Kerala’s counsel that their officers should responsibly interact with the concerned officers of Tamil Nadu and the committee on the issue.

Responding to queries in the Assembly on Monday, Kerala Chief Minister Pinarayi Vijayan had slammed social media scaremongers claiming “danger” to Mullaperiyar dam and warned of legal action against such elements.

The CM had also told the state Assembly that the government is committed to its demand for a new dam at Mullaperiyar despite opposition, including from the Centre.

Mullaperiyar dam, built in 1895 on Periyar river in Idukki district of Kerala, is operated by the Tamil Nadu government for its irrigation and power generation needs.  — PTI