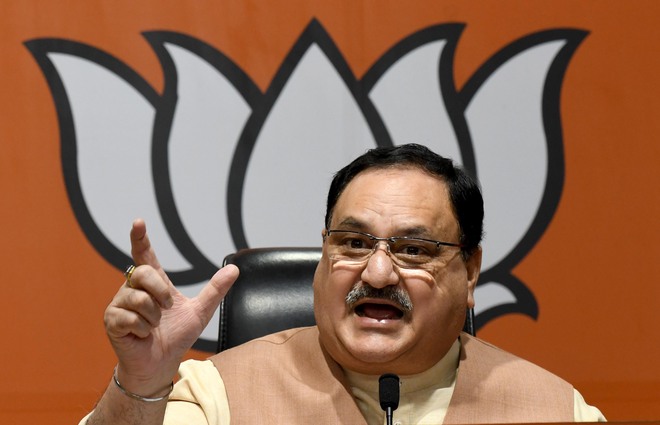 BJP president J P Nadda on Tuesday accused the Congress of "misleading" people and creating "false panic" in the fight against the COVID-19 pandemic, and alleged that the conduct of its leaders, including Rahul Gandhi, will be remembered for "duplicity and pettiness".

Nadda wrote a four-page letter to Congress president Sonia Gandhi, a day after the Congress Working Committee hit out at Prime Minister Narendra Modi and his government over the handling of the coronavirus crisis.

The BJP president also accused Congress leaders, including a chief minister, of trying to actively create vaccine hesitancy during the once-in-a-century pandemic.

Under Modi, the fight against the pandemic is driven by unwavering belief in science, support to innovation, trust in COVID warriors and cooperative federalism, he said.

Nadda said he is saddened but not surprised by the conduct of the Congress during these challenging times.

The CWC had said that Modi must "atone for his mistakes" and serve the people instead of carrying on with his "personal agenda" oblivious to the sufferings all around. With inputs from PTI