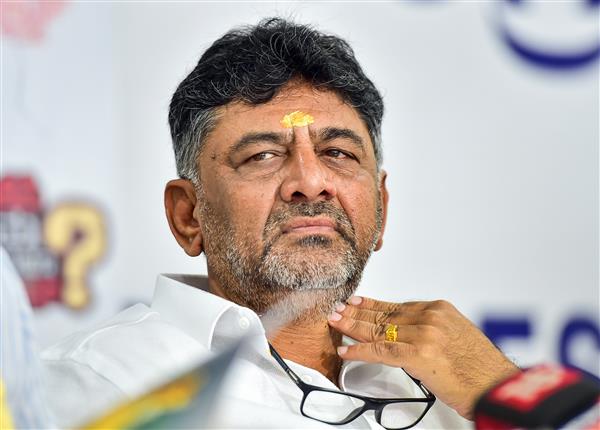 Karnataka Congress president D K Shivakumar has again been summoned by the Enforcement Directorate (ED) for questioning in its ongoing probe under provisions of the prevention of Money Laundering Act (PMLA) into the operations of the Congress party-owned National Herald newspaper, official sources said today.

The officials said the Karnataka Congress leader has been asked to depose before the agency on October 7 in Delhi.

The 60-year-old Congress leader was last questioned by the ED on September 19 here in another PMLA case linked to alleged possession of disproportionate assets.

The latest summons comes at a time when the ‘Bharat Jodo Yatra’ of the Congress party, led by its leader Rahul Gandhi, entered Karnataka on Friday, September 30, and will be in the state for 21 days. Shivakumar is involved in the conduct of this leg of the yatra, as even interim president of the party Sonia Gandhi is likely to join it.

While exiting the ED office after his questioning last month, he had told the waiting mediapersons that he has been charge-sheeted by the agency in one PMLA case but he does not know what is the new case (disproportionate assets) against him?

“Surprisingly, they (ED officials) have asked me about the payment from one of my trusts from me and my brother to Young Indian,” he had told reporters.