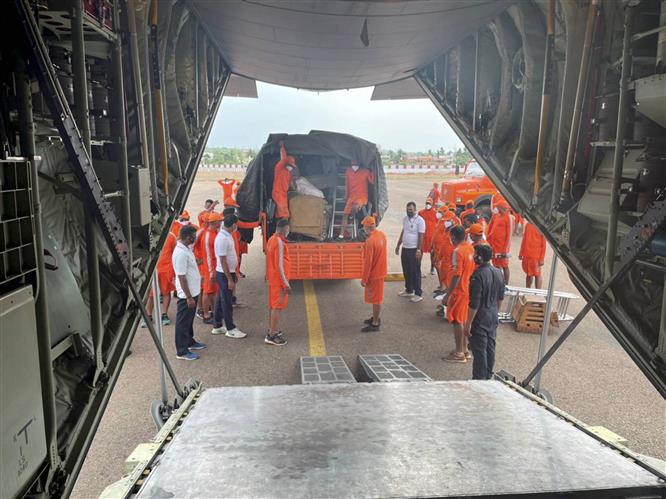 The IAF keeps 16 transport aircraft and 18 helicopters on operational readiness in peninsular India in preparation for the Cyclone Tauktae, Delhi. PTI

As Cyclone Tauktae and its accompanying storm hit the coast of Kerala, the Southern Naval Command launched a rescue and relief operations on Saturday in Chellanam, south Kochi.

Teams undertook rescue of personnel, provisioning of food and water and shifting of people trapped in houses to relief camps. Helicopters of the Navy and Coast Guard are stationed along the western coast, which is the route of the cyclone. Nine teams of the National Disaster Response Force have been deployed in coastal districts of Kerala. The Indian Air Force has 16 transport aircraft and 18 helicopters on operational readiness along the west coast in preparation for the cyclone, which is expected to cause very heavy to extremely heavy rainfall while travelling northwards from Kerala to Gujarat.

Huge relief material has been lifted from Bathinda and Bhubaneswar to augment the efforts in Gujarat. — TNS