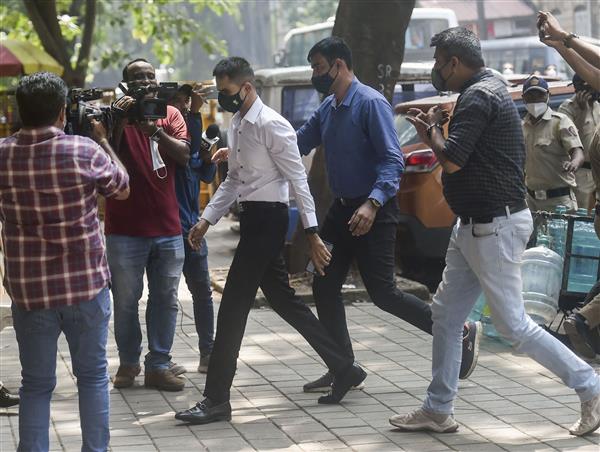 The witness also alleged NCB officers made him sign 10 sheets of blank paper on the day of their raid on the cruise ship.

The probe will be conducted by Gyaneshwar Singh, NCB’s Deputy Director General of the northern region based at its headquarters here. He is also the chief vigilance officer of the anti-narcotics agency.

“We have received the affidavit and a report from our DDG (northwest) based in Mumbai and the NCB Director General (DG) has taken cognisance of this report. He has marked it to the vigilance section for inquiry,” Gyaneshwar Singh said.

Asked if Wankhede would continue to probe the case, he said the question was “premature and we will take a call as the inquiry progresses”.

Officials said the inquiry would look at all aspects of the claims made by independent witness Prabhakar Sail and would also record Wankhede and other officers’ statement.

Meanwhile, a special Mumbai court said it “cannot pass a blanket order barring courts from taking cognisance” of an affidavit of an independent witness, in which he has levelled allegations of extortion attempt by Wankhede and others. The NCB and Wankhede had earlier in the day filed two separate affidavits before the court against the allegations. The agency and officer sought the court to pass an order saying no court should take cognisance of the affidavit prepared by Prabhakar Sail.

According to them, the allegations were only an attempt to create hurdles and scuttle the investigation into the case. Speaking on the matter, Shiv Sena MP Sanjay Raut said deliberate attempts were being made to malign Maharashtra through the case, and claimed “some officials will get exposed”.

Raut claimed a person named Sam D’Souza, seen in some pictures related to the arrest of Aryan, was the “biggest money laundering player in Mumbai”. He further claimed that D’Souza was well connected with politicians and bureaucrats.

No to blanket relief

A Mumbai court, on Wankhede’s plea, said it couldn’t pass blanket order against taking note of charges by a witness in the case.

Wankhede reached Delhi late Monday and will call on the NCB DG, a meeting the agency called “routine”.

Some officials will be exposed

It’s an attempt to malign Maha... some officials will get exposed. — Sanjay Raut, Shiv Sena MP

He forged papers to get reservation