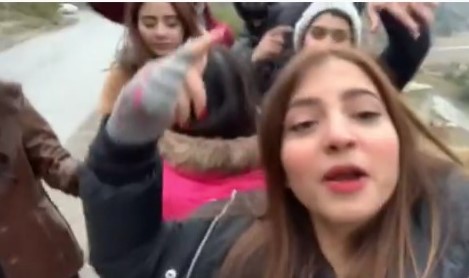 Netflix, Zomato and Swiggy were among brands who jumped on the ‘Pawri hori hai’ meme bandwagon that has been taken Twitter by storm.

The meme began after a Pakistan influencer Dananeer Mobeen shared a short clip on Instagram about partying with her friends.

“Yeh hamari car hai, aur yeh hum hai and yeh pawhri ho rahi hai,” she says in the video as her friends dance in the background.

The clip gave rise to memes and jokes that first began in Pakistan but slowly spread to India, with Indian music producer Yashraj Mukhate, who was previously best known for his parodies of ‘rasode mein kaun tha’ and ‘todda kutta tommy, sadda kutta, kutta”, bringing us yet another viral-worthy song.

Uttar Pradesh Police too joined the trend, but with a warning.

When you spend a lot of money on your child's education but now he is saying "pawri" instead of "party"#pawri #PawriHoRahiHai pic.twitter.com/nFWpEa1kU2

Watching something with your friends ❌
Netflix pawri ho rahi hai ✅