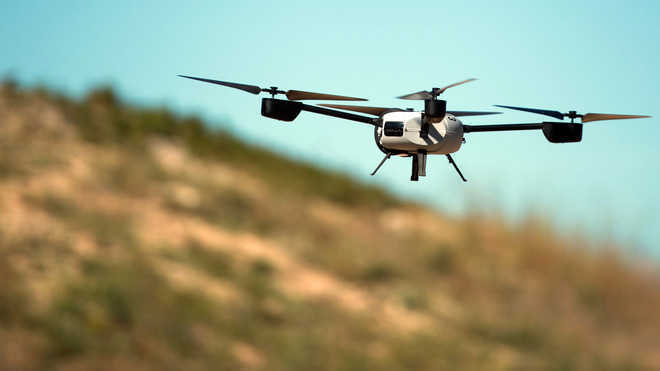 The government today notified the new liberalised drone use policy rules, as Minister for Civil Aviation Jyotiraditya Scindia said with these norms in place cities could soon witness the running of air taxis.

The progressive and liberalised rules aim to promote drone usage across sectors, including transportation, logistic, defence and infrastructure, officials in the Ministry of Civil Aviation said, adding that these would ensure ease of using unmanned aerial vehicles (UAVs) as several of the regulations have been done away with. Scindia, while briefing media on the issue, said the new rules aimed at simplifying procedures and reducing compliance burden for drone operation. “We are all set to usher in a new era of drone usage in India… Our aim is to make India a global drone hub by 2030,” he said.

The minister said the new drone rules were very likely to make air taxis traversing the airspace in the coming days.

“Air taxis are being researched and invented globally and many startups are coming up…. That time is not far when taxis that you see on roads, you will see in the air under the drone policy. I believe this is very much possible,” he said. Under the new rules, the regulator has done away with too many approvals and the number of forms to be filled to operate drones has been reduced from 25 to 6.

PM Narendra Modi tweeted to highlight the significance of the new rules. “The new drone rules usher in a landmark moment for this sector in India. The rules are based on the premise of trust and self-certification. Approvals, compliance requirements and entry barriers have been significantly reduced,” the PM said.