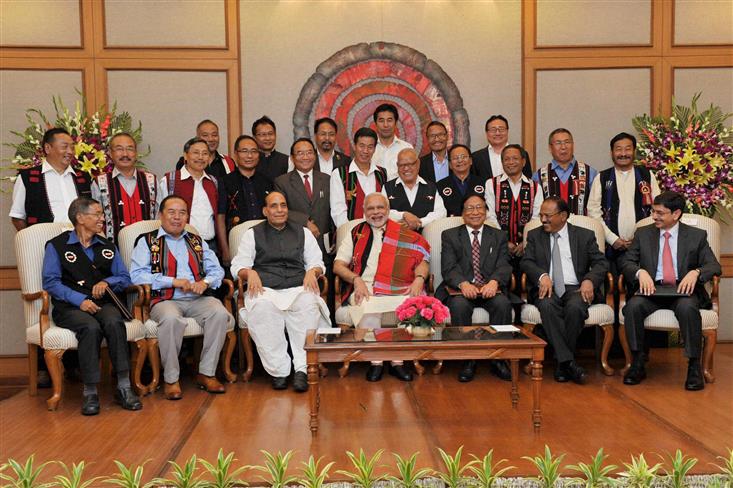 The NSCN(IM) has said talks with the new central interlocutor had “failed to live up to the hype” created and been unable to resolve Naga demands for a separate flag and a Yehzabo (constitution or a chapter in the constitution).

The Naga rebel group’s strongly worded statement comes within a month of a new interlocutor, A K Mishra, a former IPS officer who has specialised in northeast affairs in the Intelligence Bureau, being appointed replacing then Nagaland Governor R N Ravi as the government’s negotiator.

The NSCN(IM), the main rebel group holding out on a peace deal, accused the government of indulging “in political escapism on the very issues that are holding up the road to the Naga solution”.

As a via media, negotiators had indicated that the demand for a flag for Nagaland could be accommodated as a cultural symbol.

The NSCN (IM), however, made it clear that “the Naga issue is not a cultural issue” and treating the flag as a “cultural symbol” and not as “political identity as symbolised by the Naga flag” was not acceptable to it.

“Where is the need for the ceasefire if the Naga issue is a cultural problem and where is the need to drag on the talks for more than two decades if the issue is to solve cultural conflicts?” the statement questioned.

The rebel group pointed out that the Naga political talks had “ultimately led to the signing of the historic Framework Agreement on the 3rd August, 2015” and claimed that gave “due recognition to the sovereign identity of the Naga nation.” It went on to state that the Government of India is “still pretentiously acting stubborn as the crucial rounds of talks that focused on the Naga flag and the constitution is driven to hang in balance.”

It termed the “stalemate created” as “unfortunate”.

Officials said a final pact which would comprehensively deal with all issues was being worked out. The aim was to finalise it by the next year when the nation would be celebrating its 75th independence day.

However, the NSCN(IM) statement issued on Saturday seems to indicate that the pact is far from ready.

Earlier, the last interlocutor Ravi and the NSCN(IM) had crossed swords over a ruling that the Naga rebel group could not collect “tax” from businessmen in Nagaland, which the Centre considered to be a form of extortionist appropriation which undermined the sovereign right of the state. PTI