When the accused were being taken back in a police vehicle, a mob of agitated lawyers tried to attack them 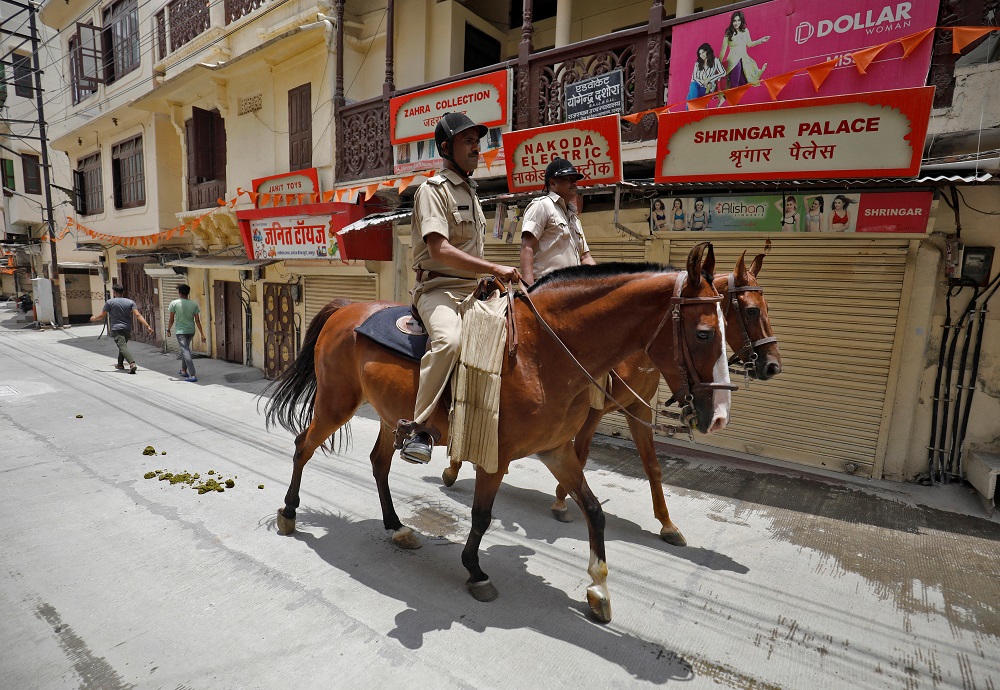 Riaz Akhtari and Ghouse Mohammad were arrested on Tuesday, hours after they allegedly hacked the tailor to death with a cleaver at his shop for extending supporting to now suspended BJP leader Nupur Sharma, and posted videos online saying they are avenging an insult to Islam.

The two others, Mohsin and Asif, were nabbed on Thursday night for being involved in the conspiracy.

They were produced before the court here amid tight security arrangements.

“The court ordered police remand till July 12,” according to a lawyer.

There were heavy police arrangements on the court premises and several lawyers shouted slogans like “Pakistan Murdabad” and “Kanhaiya ke hatyaron ko fansi do” (give death sentence to Kanhaiya’s killers).

When the accused were being taken back in a police vehicle, a mob of agitated lawyers tried to attack them. PTI