Nitish dumps BJP; to be sworn in as CM again with Tejashwi as deputy : The Tribune India 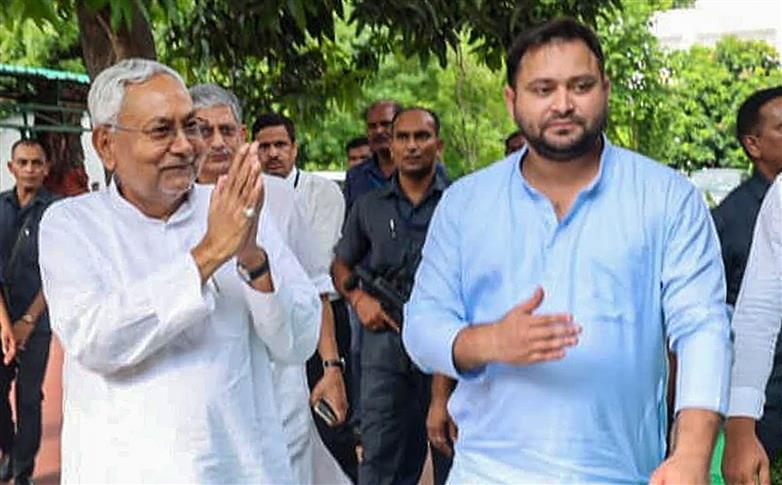 The NDA’s only major ally Janata Dal (United) and its supremo Nitish Kumar today broke off with the BJP once again to form an alliance with Lalu Prasad Yadav’s RJD. The move paves the way for ‘Mahagathbandhan 2.0’ and the possibility of Nitish emerging as a challenger to Prime Minister Narendra Modi in the 2024 Lok Sabha elections.

All MPs and MLAs were of the consensus that we should leave the NDA. — Nitish Kumar, JD(U) Chief

While ailing Lalu Prasad monitored the developments, it was Tejashwi who was in real control of the matter, sources say. 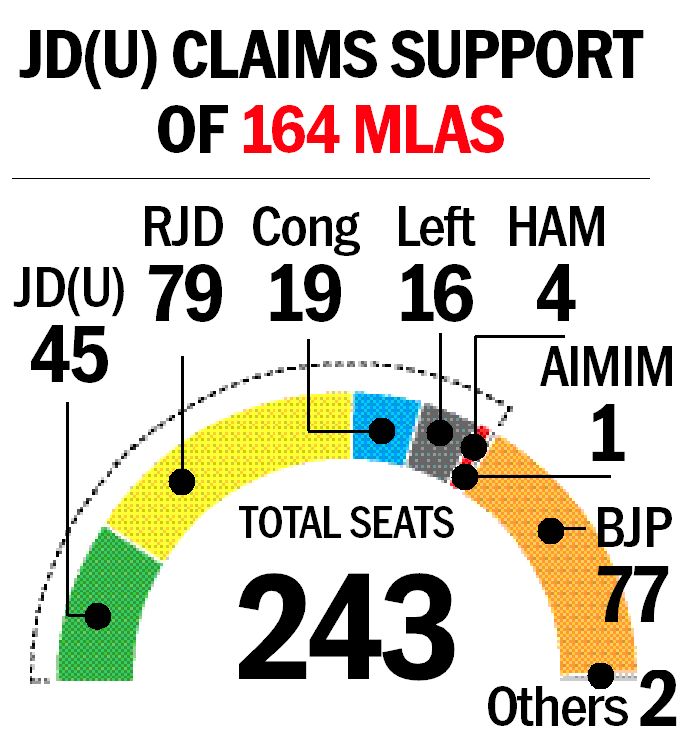 Officials announced late in the evening that Nitish Kumar and RJD leader Tejashwi Yadav would take oath as Bihar Chief Minister and Deputy CM, respectively, at 2 pm on Wednesday.

“All MPs and MLAs were of the consensus that we should leave the NDA,” Nitish said, accusing the BJP of “always insulting and trying to weaken his party and blocking the development of Bihar”— an allegation that was reiterated by RJD leader Tejashwi in their joint press conference later in the evening.

Set to be the second-in-command in the new dispensation, Tejashwi accused PM Modi of “dismissing Nitish Kumar’s demands for Bihar”. “Nitish Kumar is the most experienced Chief Minister in the country who has taken a courageous step,” he said. Slamming the BJP, Tejashwi claimed the BJP is trying to “break all parties”. “(BJP president) JP Nadda said they would end regional parties. The BJP only knows how to intimidate and buy people. Its agenda will not be implemented in Bihar,” Tejashwi said.

Sources said while RJD chief Lalu Prasad monitored the developments, it was Tejashwi who was in “real control of the matter even when the BJP leadership tried to convince Nitish to change his mind. Home Minister Amit Shah called him (Nitish). Several leaders visited him in Patna to convince him”.

Amid the buzz that the BJP was not only “trying to engineer a split in the JD(U) with the help of former Union Minister RCP Singh but also in the RJD,” sources said senior JD(U) and RJD leaders convinced Nitish that the “move was necessary for his political survival”.

Regarding their past “bad experience”, Tejashwi said: “Bhai, bhai main ladai hoti hain, now is the time to unite as one. The BJP believes only it can have national ambitions.” “Let us forget what happened in 2017 and begin a new chapter,” Nitish also said. The JD(U) had broken off with the RJD in 2017 to align with the BJP.

While several BJP leaders, including Union Minister Ashwini Choubey, accused Nitish of being “opportunistic” and “betraying” Bihar, the latter said he did not want to become the CM even in 2020, something he also told his party leaders.