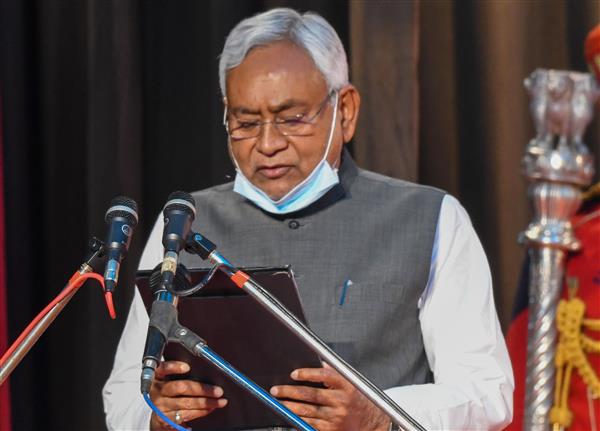 JD-U supremo Nitish Kumar took oath as the Chief Minister of Bihar for the eighth time on Wednesday.

Kumar and RJD leader Tejashwi Yadav were administered the oath as the CM and deputy CM, respectively, by Governor Phagu Chauhan.

Five years after he resigned as chief minister and walked out of the RJD-JD-U-Congress Mahagathbandhan after Tejashwi refused to step down in the wake of an alleged corruption case, Kumar on Tuesday dumped the BJP and NDA and returned to the Mahagathbandhan.