Nitish ‘salutes’ people for giving majority to NDA in Bihar

Set to take on his fourth term as CM, Nitish Kumar thank Narendra Modi in first reaction after NDA victory 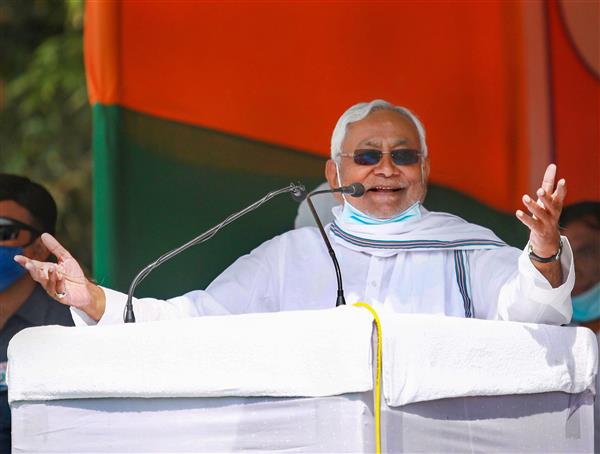 “I salute people for the majority they have given to the NDA. I thank Prime Minister Narendra Modi for his support,” Kumar tweeted in his first reaction after the ruling coalition won majority in Bihar.

The NDA won 125 seats in the 243-member Bihar assembly against 110 clinched by the opposition Mahagathbandhan to pave the way for a fourth successive term for Kumar in the office. --- PTI