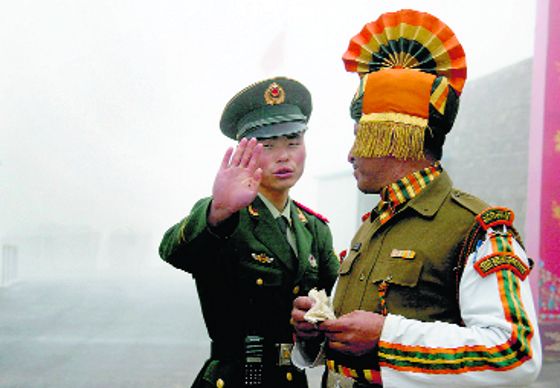 A day after China spoke of diplomacy to resolve the flare-up along specific sites on the Line of Actual Control (LAC) in eastern Ladakh, there is no change on the ground. Troops of both sides are holding positions as before.

The Chinese continue making military-style bunkers and trenches. Military trucks are there by dozens. Even a warehouse is coming up. Indian agencies have picked up movement of Chinese tanks less than 10 km away. Large parts of Ladakh are flat plateau where tanks can be used. India has T-72 tanks at those heights.

The Chinese have unilaterally stopped Indian troops from patrolling crucial areas along the north bank of Pangong Tso (a 135-km glacial melt lake). Eight mountain spurs of the Chang Chenmo range end at the north bank of this lake. Each spur or ridgeline is identified as ‘finger’ in military parlance and each ridgeline is separated by 2-5 km. On the night intervening May 5-6, troops of both sides had clashed, resulting in injuries to many.

India assumes the LAC to be at ‘Finger 4’. China is trying to push Indian troops back to ‘Finger 2’, which is a distance of more than 10 km. India was patrolling till ‘Finger 4’ but the Chinese are not allowing patrols to pass. In a carefully crafted move, the Chinese troops have reached the confluence of the Shyok and Galwan rivers in sub-sector north (SSN), close to the 255-km Darbuk-Shyok-DBO road. The Chinese have moved both men and machines there. Galwan is not a disputed section along the LAC.

The DSDBO road provides all-weather access to the DBO, Depsang plains and Karakoram pass. Opposite the road or eastwards is the Aksai Chin plateau, illegally occupied by China. Other than these two spots, there is a disputed section near Gogra at the edge of “hot springs” in Ladakh.

On Wednesday, both the Chinese Foreign Ministry in Beijing and Chinese Ambassador to India Sun Weidung had underlined the need for constant communication to resolve the differences.