No Chinese infiltration in last 6 months: MoS in Rajya Sabha 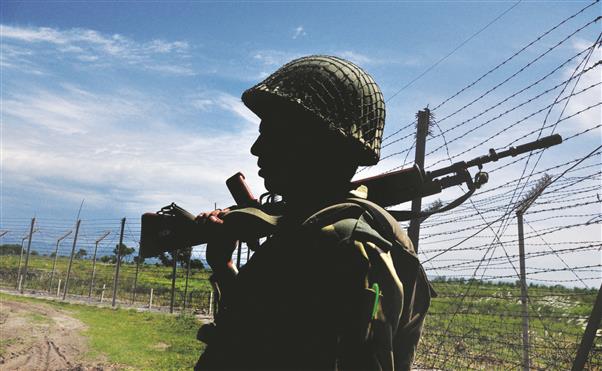 The government today said there has been no infiltration from across the Sino-Indian border over the past six months while 47 attempts were made along the India-Pakistan border during the period.

The government today said there has been no infiltration from across the Sino-Indian border over the past six months while 47 attempts were made along the India-Pakistan border during the period. In Jammu and Kashmir, we have adopted a multi-pronged approach, including multi-tiered deployment, improved intelligence, fencing and technological solutions, to contain infiltration

Union Minister of State for Home Nityanand Rai informed the Rajya Sabha that the highest 24 attempts along the Pakistan border were made in April.

While no infiltration bids were made in February and June, there were four attempts in March, eight in May and 11 in July, the minister said. Over the past three years, said Rai, 594 attempts were made by Pakistani militants to infiltrate into Jammu and Kashmir, of which 312 were successful.

“The government has adopted a multi-pronged approach to contain cross-border infiltration,” he said. Among the measures were multi-tiered deployment along the International Border and the Line of Control, improved intelligence and operational coordination, fencing, deploying technological solutions and taking pro-active action against infiltrators, the minister said in a written reply to a question.

Sources in the security and intelligence establishment maintained that though there was a 30 per cent fall in infiltration, August, September and October were the main months for the illegal cross-over. These months saw an average surge of 20-25 attempts, they said, adding the figure could go up to 100 (from 47 currently).