No decision on waiver to India for Russian arms purchase: US 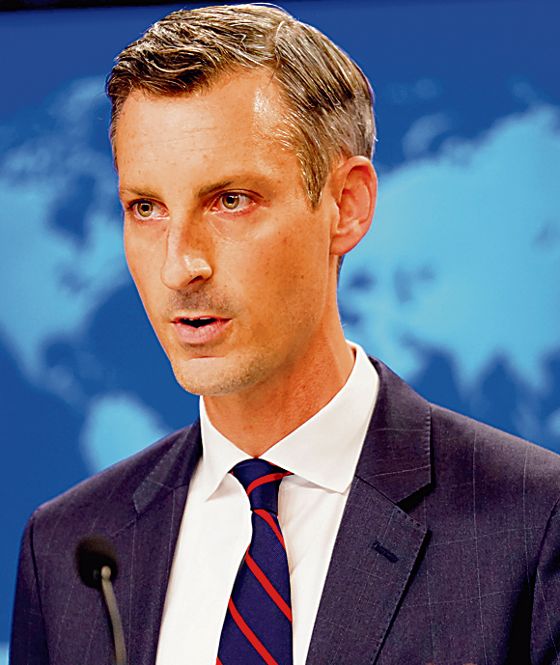 The United States on Wednesday said it had not decided on a potential waiver for India’s arms transactions with Russia, especially of the S-400 missile defence system.

India is also poised to sign a contract with Russia for the manufacturing of AK-203 rifles and will discuss future arms transactions during Russian President Vladimir Putin’s visit on December 6. The first-ever India-Russia two-plus-two summit of their defence and foreign ministers is also on cards.

The issue of potential waiver for India’s arms transactions with Russia does not vest only with the Biden administration. Members of the Congress are deeply interested in this as well. —Ned Price, us state dept spokesperson

US law CAATSA, however, does not have a blanket or country-specific waiver provision.

United States State Department spokesperson Ned Price denied that the Indo-US two-plus-two of defence and foreign ministers had been “shifted”. “We have never announced a date for the 2+2. Of course, we’ve committed to it because we have a significant relationship with India, including its status as a major defence partner. But I can assure you that there will be an opportunity for a 2+2 before long,” he said.

“But we’ve urged all our partners to forego transactions with Russia that may risk triggering sanctions under CAATSA (Countering America’s Adversaries through Sanctions Act),” he said.

“We certainly value our strategic partnership with India,” said Price while pointing out that the issue did not vest only with the Biden Administration. “Members of Congress are deeply interested in this as well. It’s a conversation that takes place in the context of a defence relationship that is meaningful to us, including in the context of a free and open Indo-Pacific. And so I suspect those conversations will continue,” he observed.

The State Department also denied there had been a policy shift due to the conversation between US President Joe Biden and his Chinese counterpart Xi Jinping.