Opposition parties slam govt over Union Budget, say nothing in it for common man

Participating in the debate on the budget, leaders of Congress, BSP, AAP and Left launched an all-out attack on the BJP government for allegedly selling off the country’s assets and PSUs to big industrialists 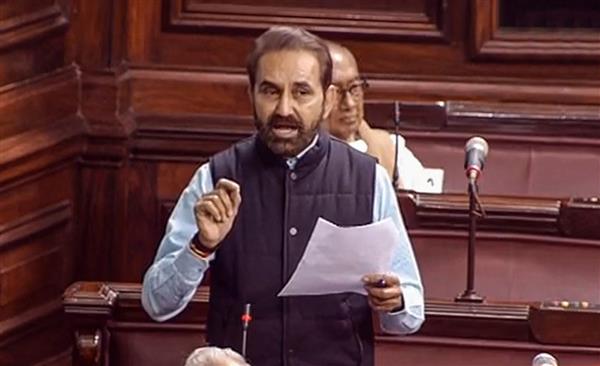 Opposition parties in the Rajya Sabha on Friday charged that the Union Budget serves the interests of capitalists that will help the rich turn richer and has nothing for the common man, even as the BJP defended saying it has earmarked funds for all including strengthening of health sector.

Participating in the debate on the budget, leaders of parties like the Congress, the BSP, the AAP and the Left launched an all-out attack on the BJP government for allegedly selling off the country’s assets and PSUs to big industrialists.

Congress leader Shaktisinh Gohil alleged that the budget helped the rich capitalists and was asking the poor, the oppressed and the downtrodden to become ‘atmanirbhar’ (self sufficient).

He alleged that the cess imposed by the government was an attempt by it to deprive the states of their share in taxes.

He alleged that Prime Minister Narendra Modi recently quoted his predecessor Manmohan Singh and Sharad Pawar, selectively and out of context, on the issue of farm reforms, and recalled that he, as Gujarat chief minister, had recommended a law to ensure Minimum Support Price (MSP) to farmers.

“The country is passing through a bad time owing to the decisions such as demonetisation and the GST. The government is helping and supporting the big people, and is asking the poor, the weaker and the downtrodden to become ‘artmanirbhar’,” Gohil alleged.

BJP leader and Union Minister Anurag Thakur attacked Opposition parties, asking them not to use farmers for their political gains and asserted that the three new farm laws would help in doubling income of peasants.

He challenged the Opposition leaders to show him if it was written anywhere in the three laws that the regime of mandis and MSP would come to an end due to the legislation.

“We are committed to double the income of the farmers,” Thakur said.

Bhupendra Yadav (BJP) lauded the government for providing over Rs 27.1 lakh crore, which is 13 per cent of GDP, under ‘Atmanirbhar Bharat’ in three financial packages.

He also noted that the government was ready to talk to farmers on agri bills with an open heart and mind.

On the issue of privatisation, he quoted former Prime Minister Charan Singh, who in his book had talked about loss-making PSUs due to mismanagement and corruption.

Binoy Biswam (CPI) charged that in the name of ‘atmanirbhar’, this budget was clearly helping capitalists.

“Is this the model of ‘Atmanirbhar Bharat’ that you surrender everything to the capitalists. This government can be called a government of FDI for capitalists. Don’t try to cheat people, as it is time they understood this,” he alleged.

Biswam alleged that the government was selling everything from air to sea to land and even underground and was “blindly following” the capitalist model.

Former prime minister HD Deve Gowda (JDS) said Finance Minister Nirmala Sitharaman had provided for all that was required to deal with the pandemic in this budget.

He was of the view that privatisation as not always good for all sectors as sometime it created private monopoly also.

Ashok Siddharth (BSP) said there was nothing in this budget for the common man as it was trying to sell the country’s assets and PSUs.

“This government wants the rich to turn richer and the poor poorer,” he charged, adding that it was not fair to give away the rights of poor, Dalits to industrialists.

The BSP member said the interests of the SCs/STs and the OBC were being hurt the most through privatisation and asked the government to bring a law to enforce reservation for SC/ST/OBC in the private sector.

Sanjay Singh (AAP) charged that the government was selling off everything to private companies and big industrialists.

Participating in the debate, Satish Chandra Misra of BSP asked the government to waive the customs duty on the import of radiation machines used for treatment of cancer patients.

India is recording 12 lakh new cases of cancer every year. Besides, the country is witnessing around 5.5 lakh death every year, which is even higher than the total mortality of 1.5 lakh from COVID-19 in India, on which the government has spent more than Rs 35,000 crore for vaccine only.

“Death by cancer is increasing every year and according to the alarming WHO report, every one among 15 people in India face the risk of cancer,” he said adding.

According to Misra, all machines used for radiation therapy were either imported from Sweden or the US.

Now in the budget, customs duty on radiation machines has been increased to 27.4 per cent.

“Instead of encouraging, the government has increased the tax to 27.4 per cent from 20 per cent, which include customs duty, health cess, social welfare and GST,” he said asking the government to look into this aspect as it would earn only Rs 120 crore.

Abdul Wahab of the IUML said the budget had failed to give any attention to farmers, students, migrant labourers, minorities and backward communities.

Wahab also raised the issue of allocation of funds for a campus of Aligarh Muslim University at Malappuram and difficulties faced by retired army personnel in getting One Rank One Pension (OROP), to which Minister of State for Finance Anurag Thakur assured to look into.

“OROP was pending for 30 to 40 years and the only person, who was able to implement it, is Narendra Modi. Thousands of crore rupees have been given to ex-servicemen,” Thakur said.

Shiv Pratap Shukla of the BJP termed the budget as progressive. According to him, during the pandemic, the Modi government gave priority to health and not to economic growth. PTI