Notice to Centre over PIL on religious conversions by threat, inducements : The Tribune India

Notice to Centre over PIL on religious conversions by threat, inducements 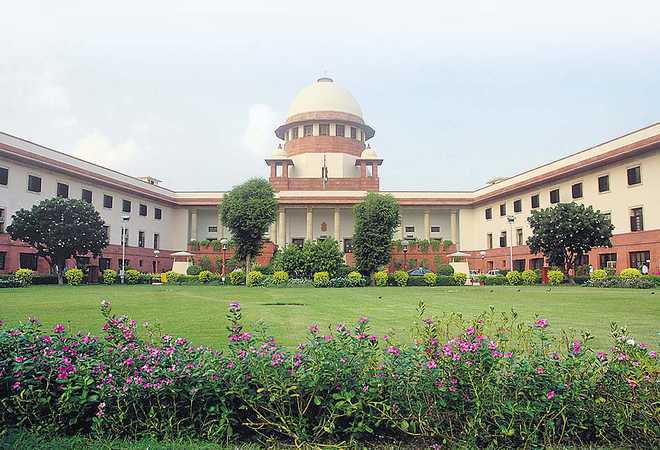 The Supreme Court (SC) on Friday issued notice to the Centre on a PIL seeking direction to take measures to control fraudulent religious conversion by threat and inducements. - File photo

The Supreme Court (SC) on Friday issued notice to the Centre on a PIL seeking direction to take measures to control fraudulent religious conversion by threat and inducements.

A Bench led by Justice MR Shah asked the Ministry of Home Affairs and Ministry of Law and Justice to respond to the petition filed by advocate Ashwini Kumar Upadhyay by November 14.

He said, “The injury caused to the citizens is extremely deep because there is not even one district which is free of religious conversion by hook and crook,” the plea submitted. “Incidents are reported every week throughout the country where conversion is done by intimidating, threatening, deceivingly luring through gifts and monetary benefits and also by using black magic, superstition, miracles but the Centre and states have not taken stringent steps to stop this menace,” the petitioner submitted. — TNS

A PIL in the Supreme Court has sought a common electoral roll for Lok Sabha, Assembly and local body elections across India to streamline the electoral process. A Bench led by Justice KM Joseph directed that a copy of the petition be served on advocates for the Union of India and the Election Commission of India.