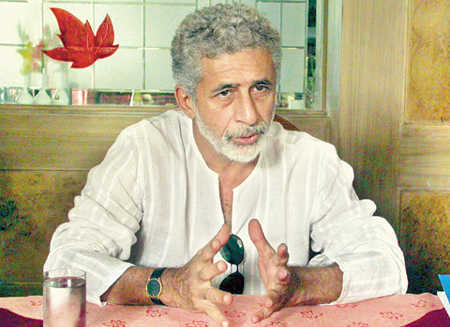 “I don’t have a birth certificate. I cannot produce one. Does that mean we are all going to be excluded?” asks veteran actor Naseeruddin Shah to the passing of the Citizenship Amendment Act (CAA).

He said he isn’t worried but angry that Indians are being forced by the ruling party to prove their citizenship.

In an interview with The Wire, the veteran actor asked why his passport, voter’s ID, driver’s licence and Aadhaar card weren’t enough proof of his citizenship. He said: “I don’t have a birth certificate. I cannot produce one. Does that mean we are all going to be excluded? I do not need any reassurances that Muslims don’t need to be worried. I am not worried. If living here (in India) for 70 years does not prove me to be an Indian, I don’t know what does. I am not afraid, I am not anxious, I am angry”.

He added: “There is a video clip of him saying, before he became prime minister, that he has never studied. Which is considered a charming and candid statement at that time but in the light of all that has happened in the last six years, it has acquired eerie proportions. And then, of course, this was before he got his doctorate in political science, which, like Anurag [Kashyap], I would also be very interested in having a look at. So having never been one of this community who feels responsible for the country they are going to grow up in, how can you expect any empathy for the students from them?”

“There’s no leader in this movement, it’s all spontaneous anger that is arising. If you dismiss the anger of the youth, you are creating dangers for yourself. That’s all I can say.”

Further, in conversation with The Wire, Naseeruddin opens up about police brutality at JNU.

“The amazing turnaround of the Delhi police in the face of documentary, video evidence that the injured are blamed. When there’s not a single shot or photograph of any of these students attacking anybody. All you see is visuals of the students being attacked. All you see is visuals of the police in UP brutalising passers-by. All you hear about is that people who have been dead for six years have been charged with rioting. This is what is amiss,” said Naseeruddin.

Naseeruddin was questioned if Bollywood has an obligation to speak up, to which he replied: “As far as the established figures are considered, it’s understandable why they don’t speak up. One does wonder how much do they have to lose? Haven’t you made enough to last you seven generations? It’s like this line from Gibran - “Dread of thirst when your well is full; The thirst that is unquenchable.”

It does seem to be like that. Loss of popularity, loss of revenue… will it kill you? The star is mainly concerned with themselves and not other people around, otherwise there would be more parity.

Naseeruddin says he “lauds” Deepika courage. He continues: “You have to laud the courage of a girl like Deepika who is in the top four moment and yet takes a step like this. Let us see how she takes this. She’ll lose a few endorsements, sure. Will that impoverish her? Will that lessen her popularity? Will that make her less beautiful that she is? They’re going to come around sooner or later. The only god that the film industry worships is money. Their silence is not as important as the vociferousness of the younger generation.”

Actor Javed Jaaferi was among those who appreciated the interview:

“What a fantastic interview. Spoken from the heart with the mind firmly in place and fuelled by anger. An iconic actor and a true Indian speaks,” Jaaferi said in a tweet.

"Listen to Naseeruddin Shah. The kind of interview that rekindles hope—hope that as a society we are ready to defeat the nefarious designs of BJP and RSS, and it’s the young generation of students that’s showing us the way in a CAA NRC Protest that is a national movement," a user, Sanjeev Verma, said in a tweet.

Grateful to you & .@thewire_in for bringing us this soul-stirring interview with one & only #NaseeruddinShah. Felt like we are watching #Albert & #BhavniBhavai all over again, but this time for real, without a script looking into camera with fiery eyes.

"People who do not know what it is like to be a student or people who have never had any intellectual pursuits, would consider students and intellectuals to be pest." - Naseeruddin Shah

Here is the full interview.https://t.co/H7Um3cxqiR