Missile is capable of striking targets at ranges up to 5,000 km with very high degree of accuracy 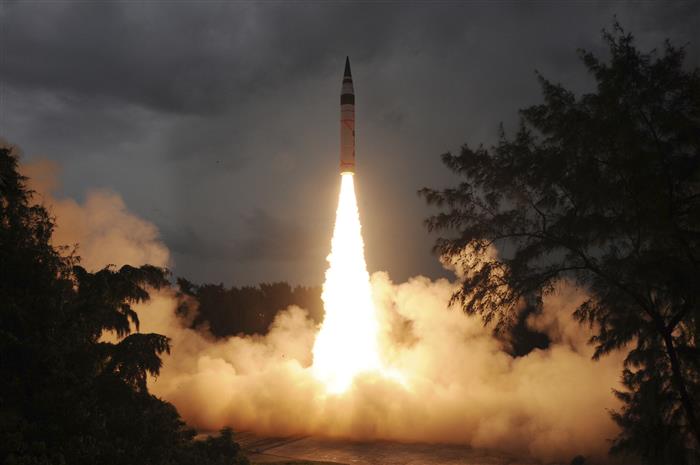 India on Wednesday said it has successfully launched the Agni-5, a missile capable of carrying a nuclear warhead to a distance of 5000 km.

Since the first launch in 2012, there have been more than half a dozen launches of the missile.

The missile that can be launched from land to hit at targets on ground was successfully launched from APJ Abdul Kalam Island (formerly Wheeler Island).

The Agni-5 is capable of striking targets at ranges up to 5,000 km with very high degree of accuracy, the Ministry of Defence said in a statement

"Successful launch is in line with India’s policy to have ‘credible minimum deterrence’ that underpins the commitment to ‘No First Use’", the MoD said adding the launch was carried out around 7.50 pm.